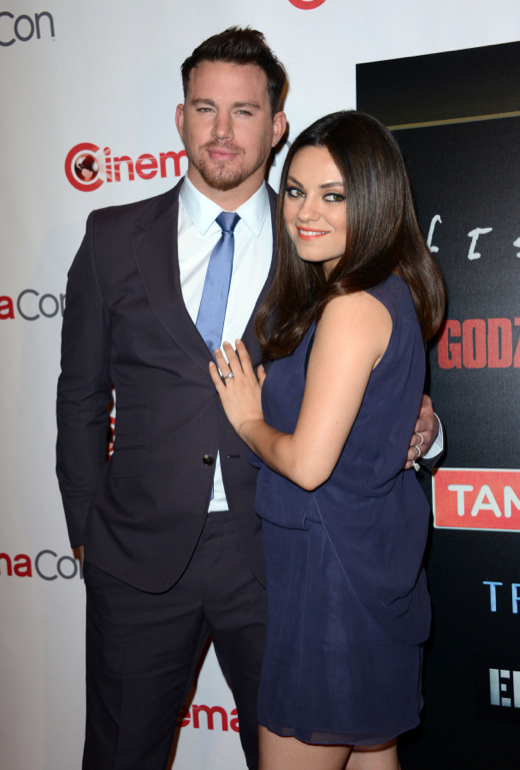 The pregnant actress glowed while posing in a a navy dress that showed off her new bump. She posed with Channing Tatum, with whom she stars alongside in the upcoming film, Jupiter Ascending.

She has yet to confirm the news, but hasn’t hid her bump while go about her day-to-day activities in Los Angeles.