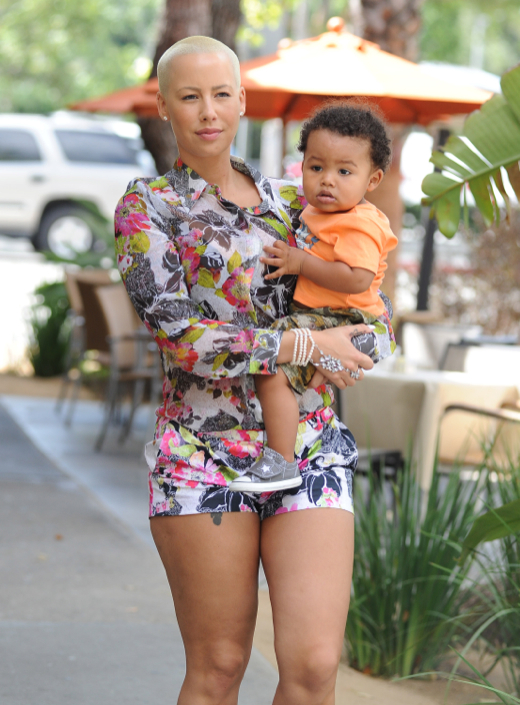 Amber Rose was pictured out and about with her son Sebastian in West Hollywood, CA on Thursday (March 27).

The model was dressed in a floral jumper with white tennis shoes. She carried the baby who wore an orange shirt and cameo shorts with sneakers.

At the beginning of the week, Rose shared an adorable shot of Sebastian sleeping.

“He’s passed out. Clearly Sebastian has a drinking problem,” she jokingly captioned the shot.

You might also likeMore from author
Sebastian "The Bash" Taylor Thomaz

Wiz Khalifa Has a Father-Son Day With Sebastian