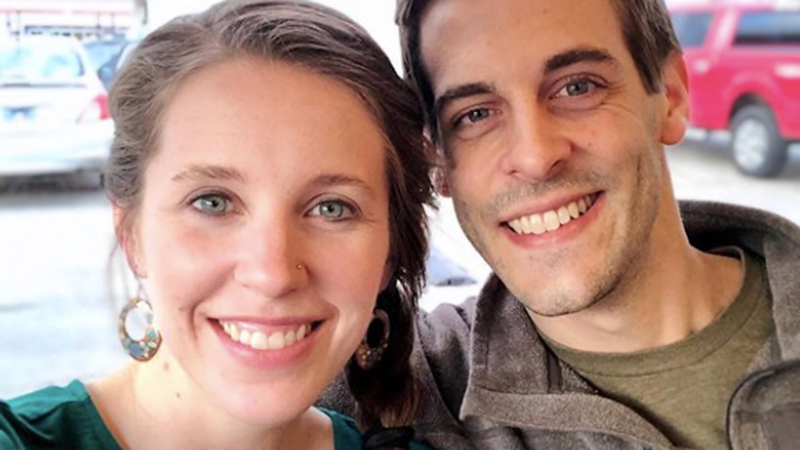 Counting On alum, Jill Dillard often takes to social media and demonstrates tips and parenting hacks to her TLC fans. Of course, she grew up in the massive Duggar family, so she learned a lot of things when she helped to raise her younger siblings. Additionally, with seven years of parenting her own kids, she’s considered something of an expert around the house. This week, she demonstrated that she learned some dexterous things that free up her arms.

TLC fans followed Jill’s third pregnancy closely as she previously had a miscarriage. Safely, she made it through her first and second semesters. Of course, she shared about her cravings and her experiences right up until baby Freddy arrived a few months ago. For a brief moment, she gave some fans anxiety as their whole family tested positive for coronavirus. But now, Freddy is part of the family, mom is back on her feet and working around the house with an armful of a baby.

Counting On fans see that Jill looks much better than she did after Freddy arrives. If you don’t know, soon after Freddy’s arrival, she ended up back in the hospital. This time, she needed gallbladder surgery. Fortunately, her mom came and helped out with the new baby and his siblings, Israel and Sam. Actually, it sounded as if she and her mom reconciled a bit after a few years of estrangement. So, that’s as good a reason as any to be grateful for things in life. But, with Michelle Duggar back at home, Jill gets by without help when Derick’s at work. So, parenting hacks come in useful.

Taking to her Instagram on Wednesday, September 22, Jill had one arm full of her baby boy. From the angle of her clip, she had her phone in another hand and a dilemma. How to pick up and tidy with both hands busy elsewhere? So, no problem, she just used her toes to pick up the things that lay around on the floor. In her caption, she asked her fans., “Anyone else? I know I’m not alone.” And, she’s right about that as a lot of parents do exactly the same thing.

One of the first people to admit that they do the same thing with their toes was Counting On alum Jessa Seewald. Meanwhile, a lot of followers also said that they ended up doing that as well. One follower commented, “I’m 57 and still grab and pick up stuff with my toes!! 😂😂” Certainly, it seems that human parents learned to use their dexterity since the dawn of time. Actually, it’s a useful parenting hack for new moms. After all, it’s a lot easier than placing the baby in the crib while you pick up discarded things on the floor.

Counting On fans who never cleaned up with their toes might need to practice with a doll first. But, judging by the comments, once you have the technique, it’s as easy as one, two, three!

Be sure to catch up on everything happening with the former TLC cast right now. Come back here often for more Counting On spoilers, news, and updates.