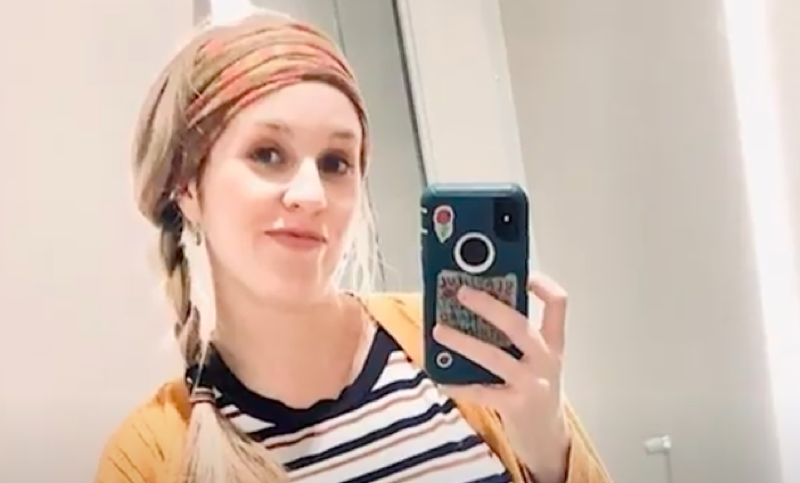 Counting On fans know that Jill Dillard and her husband Derick expect another baby this year. The news arrived to take away some of the taint of her brother Josh’s child pornography trial. Actually, TLC fans felt very happy for the couple when they heard about the new pregnancy because they lost a baby in a miscarriage last year. Fans particularly like Jill, because she replies to comments, and often shares interesting information that includes tips about child-rearing.

Counting On: Jill Dillard’s Two Boys Will Get A Sibling  This year

TLC fans like little Samuel and his big brother, Israel. They seem like well-behaved kids with a keen attitude to learning and education. Additionally, Israel is very kind and tolerant of his little brother. The best scenes come from the Dillard’s YouTube vlog where fans often see the kids exploring the wilderness, or visiting safari parks. Soon, they will have a little sibling. Jill announced early, that they expect a little boy and no doubt, the new addition will also grow up with similar attitudes to his big brothers

Counting On fans heard from Jill in March that they expect their new addition to the family. Since then, she kept her many fans updated on how her pregnancy goes for her. At one stage, folks grew very concerned as the whole family tested positive for the coronavirus, but fortunately, there were no complications. Like most people who experience pregnancy, she goes through stages where she really craves certain foods.

Counting On Mom Talks About Apples And Lollies

Taking to her Instagram Stories, Jill talked about apples. Meanwhile, on her main Instagram page, she talked about lollies. Additionally, she replied to a lot of fans who talked about her pregnancy. In her Story, she revealed that she and Sam went out to run some errands. Of course, they just had to make another stop and she told her fans that right now she really craves apples. In fact, she eats about two or three a day. Then, on her main page, she shared that they each got some lollies.

In her caption, the Counting On alum said, “🚗running errands with my little helper on this nice, cool, sunny Monday! 🤗 Counting our blessings & enjoying some free lollipops from the bank! 😋🍭” Then she asked her fans, “☀️What’s your favorite lollipop color? Between green, purple, and orange I picked green & Sam picked orange. 😋” Well, not everyone likes the green ones, and Jill Dillard admitted that she’s not keen on them. But then she let slip that she doesn’t crave lime. In replies to fans, she said, “the green depends on the candy…usually I go for reds and blues, but this…wasn’t lime. 😋”

Counting On fans asked some questions, and one of them was, “When is the last time you and the boys have visited Jessa or seen her other than an event? Just curious❤️.” Well, the answer is that they met up with them “not long ago! 🥰”

Other fans said that they pray for Jill, that she has a good pregnancy, and that she welcomes a healthy little boy. In reply to that, Jill said, “aww thanks! Definitely appreciate the prayers always! 💜”

Missing The Winder Family From Seeking Sister Wife? There’s A New Video Up