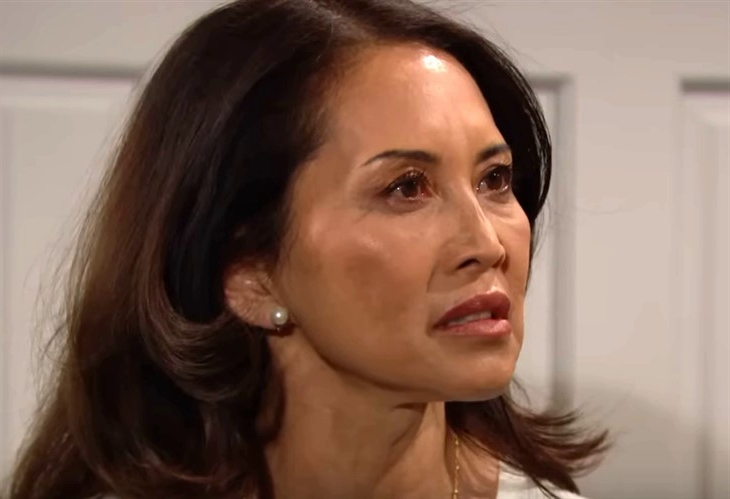 The Bold and the Beautiful (B&B) spoilers document that Li Finnegan (Naomi Matsuda) flashed a broad smile when her eyes met Bill Spencer (Don Diamont). They did not plan to meet at Il Giardino, but it was good that their paths crossed again.

Bill and Li’s connection was forged in the recent past through fortunate circumstances. As fans recall, Li somehow survived being tailgated toward death by a restaurant at the wharf.

Li has sketchy memories of escaping her sports utility vehicle after Sheila Carter (Kimberlin Brown) forced her off a bridge and into a body of water on a dark and stormy night. Matsuda’s character was discovered alive by, of all people, Dollar Bill.

Hardcore fans know that Diamont plays his character to the hilt. He vacillates between the Dollar Bill persona and a softer side that is reserved for the ladies he loves, his youngest son, Will Spencer (Finnegan George), and, to a degree, his older sons, Wyatt Spencer (Darin Brooks), and Liam Spencer (Scott Clifton).

Li clearly hit a soft spot in Bill’s heart. He took pity on Li, when finding her behind the restaurant where Wyatt told his dad they had to eat, with fans feeling a nudge of some kind was coming before Bill found a disheveled Li.

The memorable circumstance of Bill and Li’s initial meeting, combined with him welcoming her into his home signaled future couple potential.

The Bold And The Beautiful Updates – The Spencer’s Long History

Heather Tom’s (Katie Logan) sporadic appearances on B&B are likely connected to her other career interests, which include directing. However, she is still a long-tenured cast member.

Tom (Victoria Newman) and Diamont (Brad Carlton) were long-term cast members on The Young and the Restless before joining B&B. Tom took over for Nancy Sloan (Katie, 1987-2004) in 2007. Diamont initiated the role of Bill Spencer, Junior, in 2009.

Bill and Katie were initially married in 2009. They divorced in 2014, remarried in 2015, and divorced again in 2016. All years are stated in real-time, with soap fans understanding that the daytime calendar can be fluid. 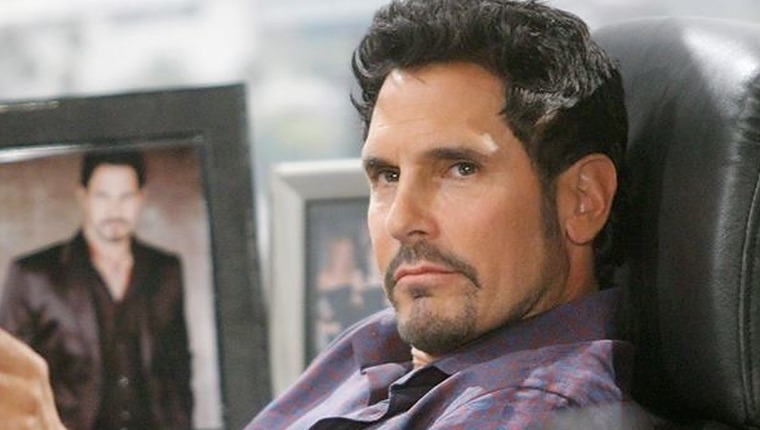 Katie Logan Done Or Drawn Back?

Katie’s reluctance to reconcile with Bill is linked to his breaking her trust on many occasions, with Brooke Logan Forrester (Katherine Kelly Lang) being tied to that heartbreak on more than one occasion. This time is different.

The Bold And The Beautiful (B&B) Spoilers: Ridge Is Disrespecting Brooke – Taylor Is An Ex-Wife

It will be interesting to see if Li’s emergence in Bill’s life is used to further scenes with Katie. The interplay between Diamont and Tom is consistently terrific.

Li appears likely to become a new love. So, fans would benefit by seeing how Katie reacts to Bill’s alternative interest in B&B.