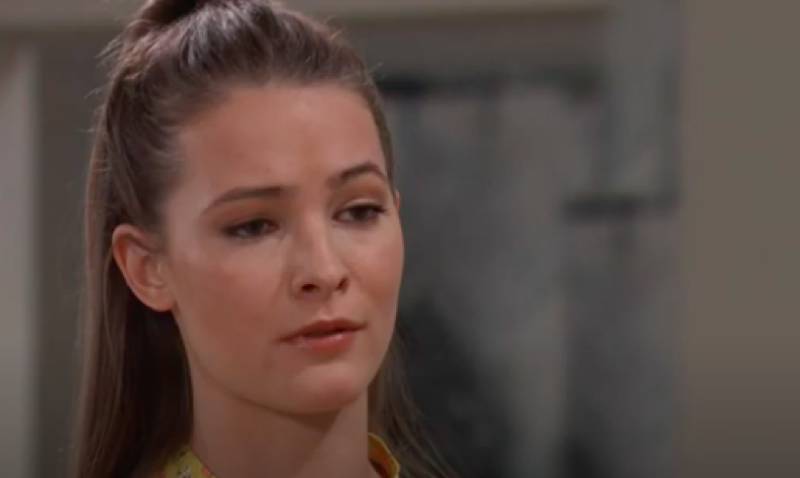 General Hospital (GH) spoilers and updates tease there’ll be a close call for Esme Prince (Avery Kristen Pohl) and Nikolas Cassadine (Marcus Coloma) in an upcoming GH episode! Spencer Cassadine (Nicholas Chavez) and Ava Cassadine (Maura West) will nearly walk in on them making out after looking for them!

Nikolas came home from having an intense argument with Ava at the Metro Court about the same time Spencer had an intense argument with Esme and left Wyndemere. Esme soon found Nikolas in a bad way, drinking heavily, knocking one glass of liquor back after another; Ava had talked about getting a divorce! It turned out that Ava feels that Esme and Spencer aren’t the only problems in their marriage after Nikolas disagreed with her decision to let Spencer have a hefty allowance.

Nikolas has trusted Ava to handle Spencer’s trust fund and he didn’t like her making an independent decision, even if it was to fund his and Esme’s move. Ava and Nikolas had arguments over Esme living at Wyndemere and her releasing an allowance from Spencer’s trust fund would take away their excuse that they couldn’t afford to move!

Esme is quick to take advantage of Nikolas’ grief and immediately informs him she knows how much it hurts because Spencer just got done dumping her! Of course, she offers hugs – then embraces – then kisses – then more, and Nikolas in his drunken and depressed state starts taking her up on her offers! Esme secretly smiles because she knows her plot to seduce Nikolas is working – albeit the seduction of a man old enough to be her father wasn’t totally her idea. Viewers will remember she was more or less manipulated and threatened into it by her birth father, Ryan Chamberlain (Jon Lindstrom) to make Ava more vulnerable to him. It looks like it will not be long until he reveals himself and makes his move after faking locked-in syndrome for well over a year!

Things begin escalating, and Esme wonders if she’ll have to drug Nikolas to get him into bed with her after all. That was her backup plan and why she kept the opioid pills, namely Tramadol that she had spiked Trina Robinson’s (Tabyana Ali) hot toddy on the ski trip. She doesn’t know that Spencer found the remainder of that forged prescription which she’d used Kevin Collins’ (Jon Lindstrom ) prescription pad to obtain.

However, she would have had a ready explanation that they were her prescription for the severe bruising from Carly Corinthos (Laura Wright) grabbing her if he had questioned her! As it was, those bruises actually came from Ryan and Nikolas intervened in the argument and took her to GH to get her checked out. 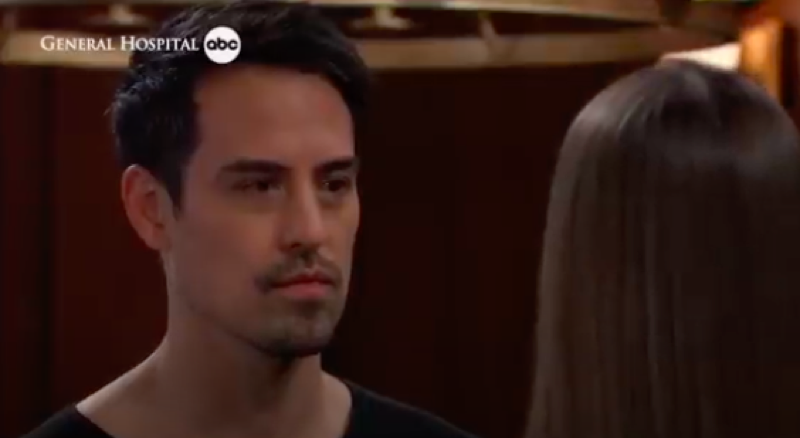 Nikolas still has his wits about him although the two of them are almost on the verge of getting busy as he hears footsteps coming towards the room! He comes back to himself, pushing Esme off him, and tells her they can’t do this, it’s not right as Ava and Spencer soon come into the room.

Both Nikolas and Esme are surprised to see them together, but that is because Ava went by the gallery during Spencer’s shift to see if he’d heard from his father. Esme had shut Nikolas’ phone off without his knowledge and Ava had been trying to call, and both Spencer and Ava were worried – and Spencer came clean distrusting Esme! It was a close call but Nikolas gets Esme off him just in time!