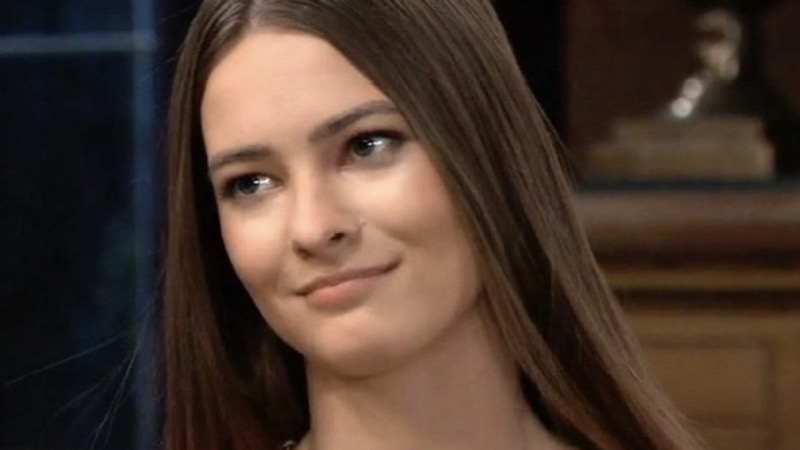 General Hospital (GH) spoilers and updates tease that Esme Prince (Avery Kristen Pohl) will have a tense conversation with her daddy demented Ryan Chamberlain (Jon Lindstrom) in an upcoming episode of GH. Ryan won’t be pleased with her getting emotionally attached to Nikolas Cassadine (Marcus Coloma) because it’s not part of “the plan”!

Esme was supposed to seduce Nikolas in order to break up his marriage to Ava Cassadine (Maura West) but instead, the two of them reconciled after Esme and he had sex! There was love all around as she and Spencer Cassadine (Nicholas Chavez) walked in on the two of them smooching in the living room at Wyndemere Castle! Esme has to pretend that she’s still in love with Spence now and do everything that she did previously with him when she prefers his father!

Now Esme has to give a status report to her father, and the last two times she did he was not happy! She expects that this time he won’t be happy again, even though she did succeed at seducing Nikolas!

It looks like what was supposed to be a father and daughter takedown team is now at odds with one another, with Esme ready to turn Ryan in! It’s not the first time she’s threatened her dearly demented father, it seems that his interests were all that mattered no matter what she did for him! Ryan was very upset when Esme “became distracted” with “childish games” as he referred to them, talking about Esme framing Trina Robinson (Tabyana Ali) for revenge porn. This was the time when she threatened to reveal he was faking his lockdown syndrome to Kevin Collins (Jon Lindstrom) and he grabbed her by the arm and swung her! That badly bruised arm came in handy when Nikolas came to her rescue and took her to the hospital! 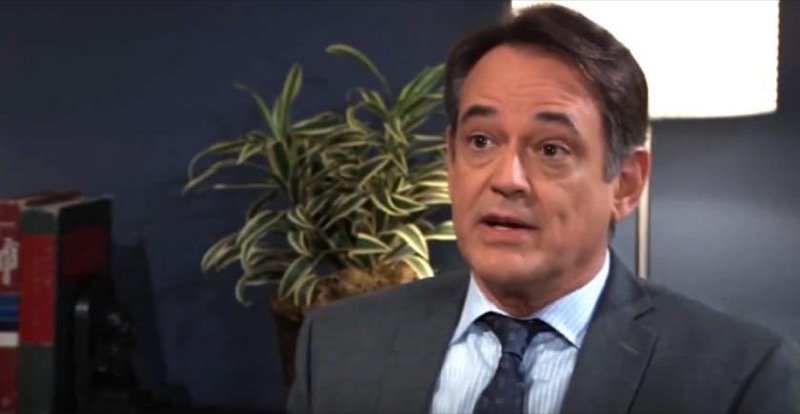 Esme assures Ryan that even though Nikolas and Ava reconciled after she seduced Nikolas, she still has a plan, irking him as she calls him “Grandpa”! Pregnancy wasn’t part of the plan either, but Esme says she can tell that Nikolas is on a guilt trip after the sexcapade, and she’s sure he’ll blow his marriage! Ryan asks how can she be sure she conceived, after all, he is a trained pediatrician and there’s no way to know this early in the game!

Esme tells him it won’t matter – she had a trial run when she pretended to be pregnant by Spencer and Nikolas was very concerned! If Spencer wasn’t going to do right by her he and Victor Cassadine (Charles Shaughnessy) would have made sure she and the baby were taken care of!

Esme Prince Has Her Own Agenda Whether Ryan Chamberlain Likes It Or Not!

Esme has her own agenda whether Ryan likes it or not she has become very attached to Nikolas and him to her, and she can tell he struggles to stay away! She continues to ingratiate herself and she knows that he will leave Ava for her if she’s carrying his baby, and actually he may not have to – Ava will leave him! No woman would stay with a man who made love to his son’s girlfriend, half her age, and got her pregnant, so Esme’s very sure of herself. She will be with Nikolas, Ryan with Ava, and Spence – well, who cares about him anyway, he can have his prison marriage to Trina!

The Bold And The Beautiful (B&B) Spoilers: Quinn Closer To The Truth – Eric Done With Donna?