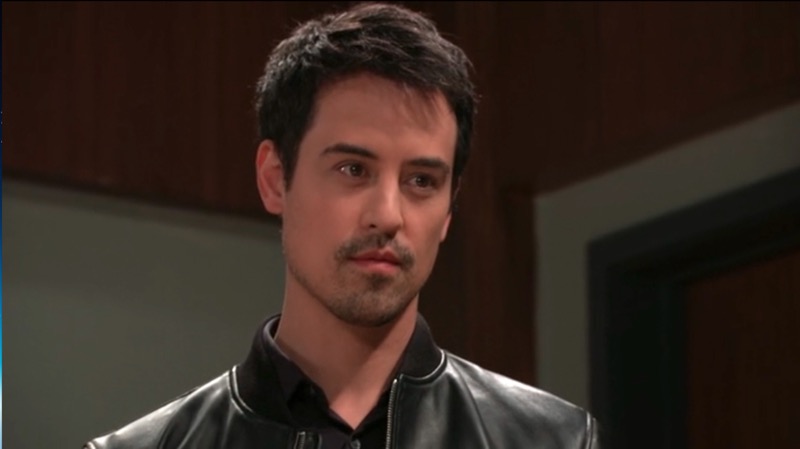 General Hospital (GH) spoilers and updates tease that a rather gullible Nikolas Cassadine (Marcus Coloma) will finally feel sorry enough for Esme Prince (Avery Kristen Pohl) to offer her to live at Wyndemere, but what will Ava Cassadine (Maura West) think? General Hospital viewers know she’ll be furious that Nikolas moved the schemer in without asking her!

General Hospital viewers know that Esme has already pulled Nikolas into her web, starting to gain his sympathies and support the day Carly Corinthos (Laura Wright) pulled her by the arm in front of him. General Hospital viewers know that Esme’s own birth father, Ryan Chamberlain (Jon Lindstrom) caused that deep bruising himself at Spring Ridge when Esme sassed him, threatening to expose his fakery! However, it came in quite handy when it appeared that Carly had caused the injuries and Nikolas threatened to call the police and took her to the emergency room himself! Esme easily won Nikolas’ sympathy and was able to wind him around her little finger when he held her hand and insisted she call him by his first name, and though he was hesitant at first, he’s thought better of it and asked her to move in!

General Hospital viewers will see Esme work her plan, easily manipulating the gullible Nikolas – it’s plain to see his Cassadine is not working correctly that day! It takes a schemer to know a schemer – and yet his duplicitous and devious Cassadine side is overshadowed by his compassionate heart, which comes from his mother Laura Collins’ (Genie Francis) side. General Hospital viewers were shocked to see Laura even falling for Esme’s long line of crock about Spencer Cassadine (Nicholas Chavez) dumping her for Trina Robinson (Tabyana Ali) in a recent episode! But longtime viewers know that Laura’s smarter than Nikolas – and she may have merely been compassionate to cover up her suspicions of what her grandson’s girlfriend was up to – make that former girlfriend since even Esme can hardly get Nikolas into bed while still dating his son! You can bet that Laura will be keeping a close eye on the situation while working to take down Victor Cassadine (Charles Shaughnessy) for Luke Spencer’s (Anthony Geary) murder, now that they have some irrefutable leads! 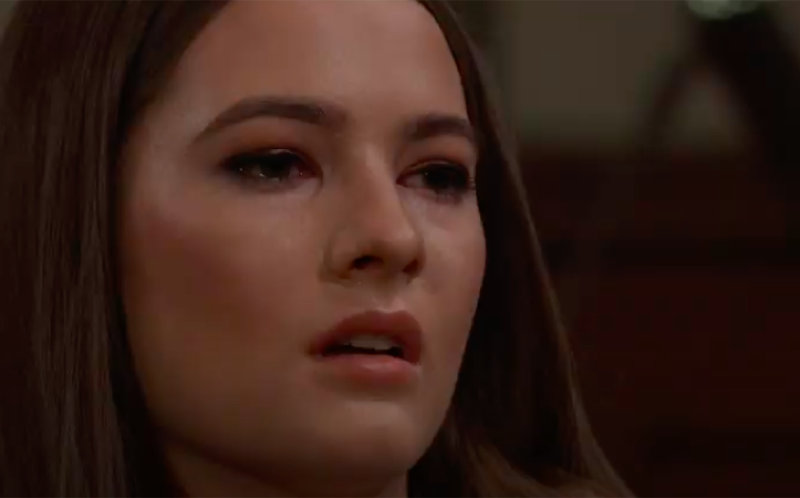 General Hospital viewers will see Ava make an unsettling discovery when she arrives home at Wyndemere Castle after working at her art gallery – it won’t be just unsettling, it will be polarizing, possibly destroying Ava’s trust in Nikolas’ judgment! General Hospital viewers will remember that Ava has been mentoring Trina Robinson (Tabyana Ali) for a couple of years, and she knows Trina very well and Trina has confided in her, including about her feelings for Spencer.

One thing she confided in her is her suspicions that Esme took the sex video of Cameron Webber (William Lipton) and Josslyn Jacks (Eden McCoy) and framed her for the crime! Viewers can only imagine the rage that Ava will have at Nikolas when she discovers Esme has moved into Wyndemere with his permission and blessing without even giving her a heads up first!

The Bold And The Beautiful (B&B) Spoilers: Finn Blasts Sheila For Going After Brooke