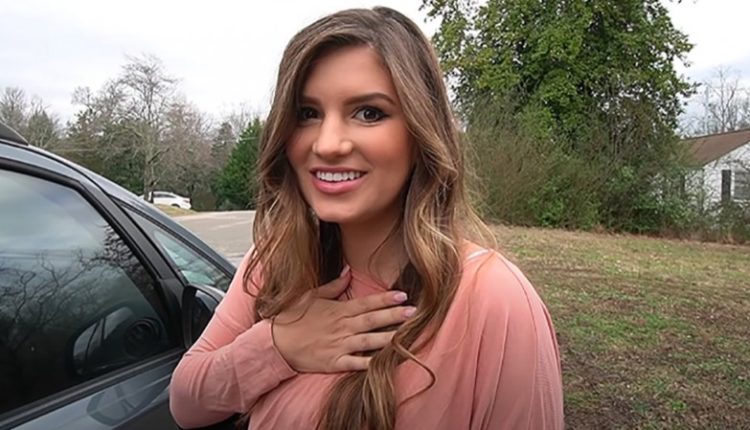 Bringing Up Bates spoilers and updates revealed that Carlin Bates and her husband, Evan Stewart welcomed their baby boy on Sunday. Well, photos emerged on social media, but few other details arrived yet. Naturally, UPTV fans wonder why. After all, the family always seems keen to announce almost everything there is to know when a baby arrives in the family.

Bringing Up Bates – Carlin Welcomed A Brother For Layla

The gender of the second child for the couple arrived in November last year. So, UPTV fans knew that they expected a brother for two-year-old Layla. On Instagram, she wrote, “Did you guess it right? 💙 I was totally shocked 😅 We can’t wait to welcome our sweet baby BOY into our growing little family 😍 Little fella, you are already so so loved!” So, it seems a bit odd that details are slow to come out now that her baby boy arrived.

Although Bringing Up Bates was canceled by UPTV, many fans still follow the massive family. Actually, Carlin and Evan seem to have found a multitude of fans who still want more of them. However, right now, they seem shut out of more news about their baby. Actually, that seems very unusual for Carlin, who is usually lavish on info about everything involving the family. Redditors started discussing it and they put forward a few ideas on why Carlin engages in secrecy right now.

Bringing Up Bates Fans Come Up With A Theory

u/becauseitsmybusines posted up the initial question about it on the BringingUp Bates subreddit. In their post, they wrote, “We have to wait for a name? This coming from the queen of letting everyone know everything. Unless his name is actually “Baby Boy” which wouldn’t surprise me.”

Apparently, Evan and Carlin want to wait for a bit before they’d decide to name their child. Actually, it seems an interesting concept, rather more often found in the poorer countries in Africa. After all, the infant mortality rate seems much higher in certain regions of the world.

Bringing Up Bates fans who chipped in their thoughts seem to think that Carlin and Evan might string things out in order to get more social media views. One of them opined, “It’s all to drum up views—Bates normally announce ahead.” While quite a lot of people upvoted that comment, others are not so sure.

One comment arrived that said, “Honestly I don’t think they picked before. They said they didn’t want to 100% decide until they saw him and honestly that indecisiveness really makes sense with Carlin’s personality.”

What are your thoughts about it? Sound off in the comments below.