Royal family news reveals that the Duke of Cambridge appeared on Cate Blanchett’s new podcast series addressing climate issues to highlight the work that is being done by his organization Earthshot, which awards monetary contracts to projects deemed to make a huge impact on the environment in the coming decade.

The soon-to-be 40-year-old Prince created the Prize in order to scale up valuable projects and clean up the planet.

With the next award night coming to America, the Duke appeared on Cate Blanchett’s podcast to chat about his plans for the future of Earthshot Prize.

His Royal Highness, Prince William, was a guest on the new Audible Original podcast series “Climate of Change” with Cate Blanchett and Danny Kennedy, where he sat down with the hosts in a solar-powered recording studio in London to chat about why environmental preservation needs to be on the frontline of humanity’s agenda.

Prince William shared that his connection with nature started pretty young, crediting David Attenborough documentaries as well as his grandfather Prince Philip and father Prince Charles with introducing him to the outdoors.

“I think my grandfather and my father both kind of having a deep passion and interest in this area for many years has sort of piqued my interest and my curiosity,” he said. “So growing up, I was surrounded by kind of this adventure and this idea of exploring and being out in the garden. I used to spend hours climbing trees, digging ditches and all sorts of things, hiding in dens and all sorts from the garden, so I used to love being out in the wild and the wet.”

During the podcast series, William also recalled his profitable time in Kenya learning from experts about the wildlife and environmental challenges during his gap year before attending the University of St. Andrews.

Blanchett then asked William about the reason he founded the £50 Million Earthshot Prize, which promotes impactful approaches to the world’s most pressing environmental challenges. In October, five groundbreaking innovations received funding up to $1.3 million. 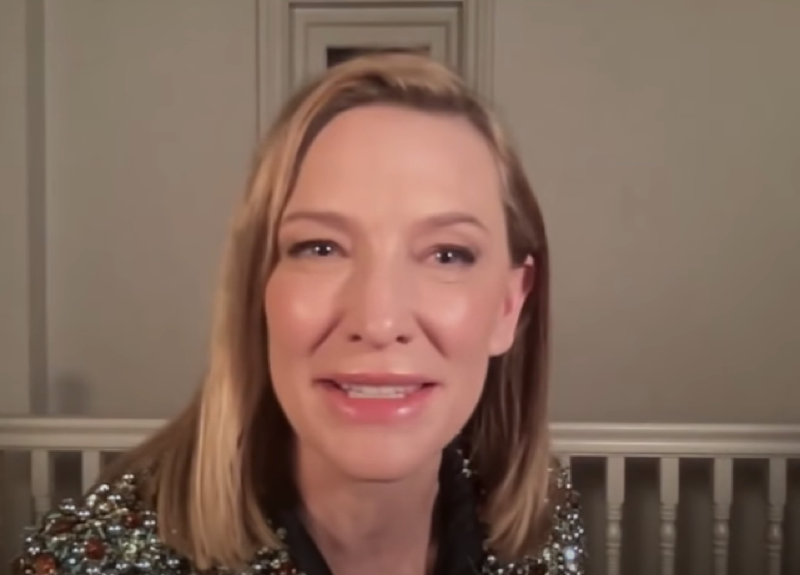 “It sounds like you’re quite hopeful that maybe we can imagine our way and plan our way and work our way out of what seems to be a crisis,” Blanchett added.

William replied, “To coin [Costa Rican diplomat] Christiana Figueres’ phrase, ‘stubborn optimist’ — I think is sort of where I’m feeling quite like I’m at the moment. She’s given me a lot of hope that this can happen, and I believe I’m seeing it with my own eyes — it’s really inspiring, it’s really hopeful.”

Co-hosts and co-creators of “Climate of Change” Blanchett and Kennedy said of their mission: “Climate innovations are disrupting how the world operates in incredible ways, but this progress is not yet fast enough, nor is it spread equally around the world.”

“We already have a lot of the technology we need -like solar and batteries – to keep the world under 1.5˚C and stave off the worst impacts of climate change. What we need now are more climate innovators all around the world coming up with bundles of solutions and spreading them at speed. That’s why we’re thrilled to shine a spotlight on some of these innovators in this podcast.”