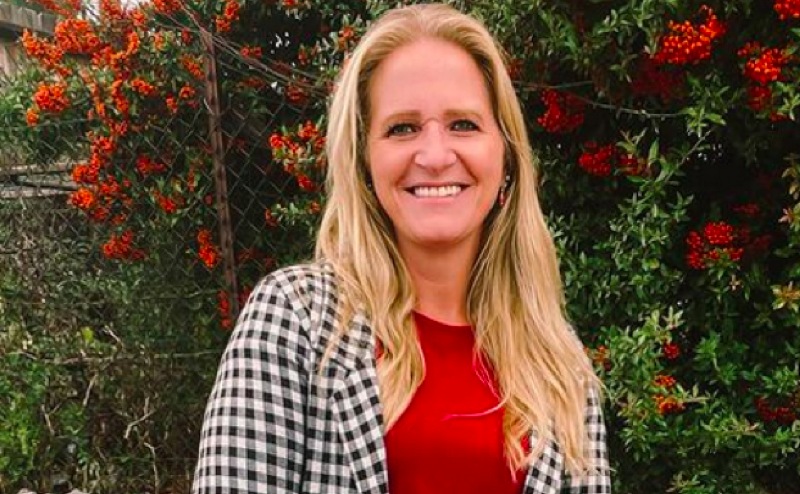 Sister Wives star Christine went through a massive transition recently. And yet, somehow she still manages to share something of her daily life with TLC fans. Fans heard that she sold her home after Kody transferred it into her name. Additionally, it becomes apparent that she moved to Utah. Now, she took some time after her bombshell split announcement and shared a hummus recipe.

Ahead of the Season 16 trailer, fans already knew or suspected that trouble lay in the land of polygamy. Season 15 hinted at Christine Brown’s unhappiness. Then Season 16’s trailer made everyone realize that it might be more than drama for the show. Since then, various media sleuths checked out the hints. It turned out that she sold her home in Flagstaff and documents showed her listed as single.

Well, Sister Wives fans later heard that she rented or purchased a duplex in Utah. Further digging revealed that she lives just around the corner from her daughter Aspyn in Salt Lake City. Talking about mega-spoilers, they came from Kody and Christine who officially announced their separation last week. Well, now she shares occasional posts, but notably, she shut off all comments. Well, a post on Monday, November 8, showed that she seems settled as she shared her hummus recipe. 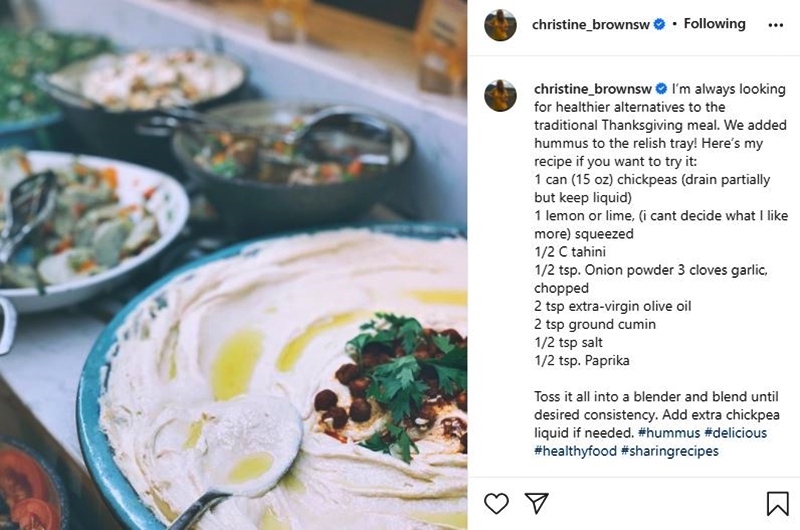 It might not sound like momentous news amidst all the spoilers. However, fans just love it when Christine and Janelle share recipes and opinions on food. Robyn Brown hardly ever shares anything at all. Meanwhile, Meri seems to be not overly in love with domestic cooking. Unless it relates to her BNB, that is. If only, Christine allowed comments on her new recipe, fans could offer more ideas. But, that’s not likely to happen right now.

The Sister Wives star shared a nice spread of food and told her fans, “I’m always looking for healthier alternatives to the traditional Thanksgiving meal. We added hummus to the relish tray!” Actually, most Thanksgiving celebrations bring some ideas on yummy ideas from her.

As you can see, she itemized the exact ingredients for her fans. Actually, fans probably think it sounds simple, and it certainly looks very tasty.

Things Seem To Get Some Normality

The fact that Kody’s ex new shares thing like recipes with her fans indicates that probably, she feels well-settled in her new life these days. Possibly, Sister Wives fans will see her path to her new life in Utah in the upcoming season of the show.