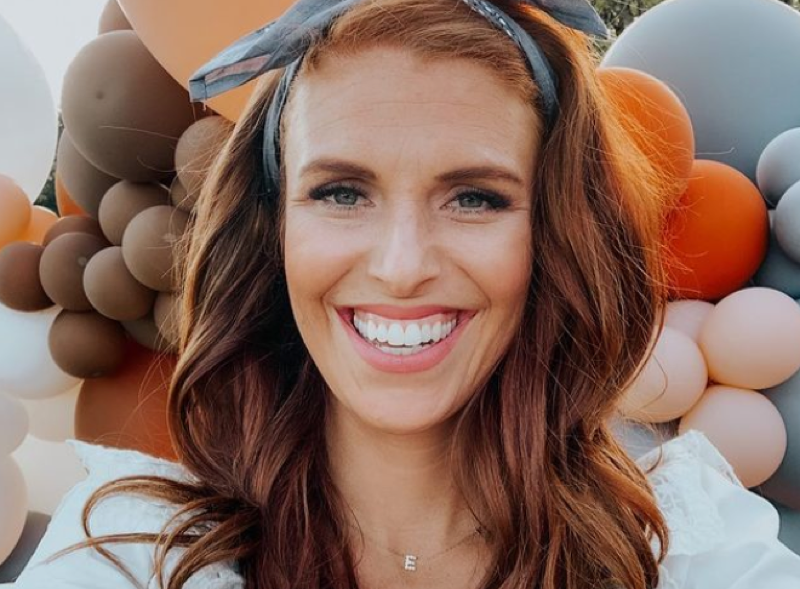 Little People, Big World fans heard that alum, Audrey Roloff and her husband Jeremy expected a third child. It came along close to the time that Tori lost her third baby, and Isabel and Jacob announced they also expect a child. Well, Audrey and Jeremy now welcomed their new baby. Plus, she revealed the name and the gender on her Instagram. It came just a day or so after the birth.

Audrey discussed more babies after Ember and Bode and said that Jeremy always hoped for at least four. So, the news that she was expecting in July was no massive surprise.  Leading up to her due date, Jermey noted on his Instagram that they entered a time when everyone waited around for the baby to decide to come out. Well, that happened and they didn’t sit on the news for too long. 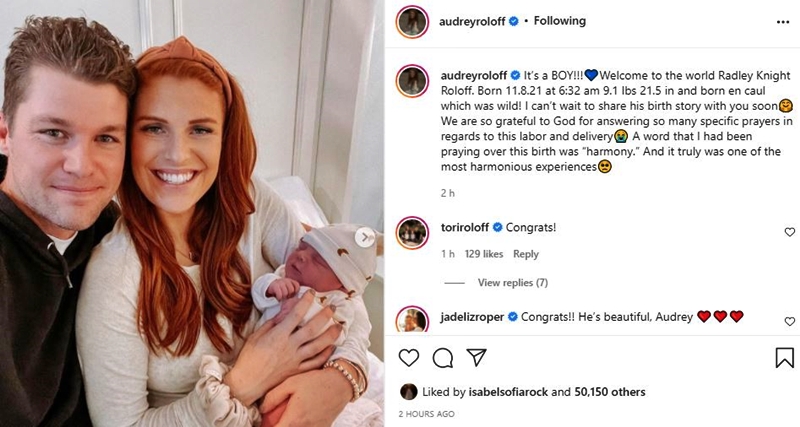 Little People, Big World fans thought at one stage, that Audrey dropped a hint about the gender of her baby. That came when in August when she visited with a friend who was also pregnant. Fans thought that Audrey said she expected a baby girl. However, she actually talked about her friend’s baby. So, that wasn’t a spoiler at all. Well, now fans don’t need to guess any longer, as she shared photos of her baby and revealed the name and gender late on November 9.

Audrey opened up to her fans and said, “It’s a BOY!!!💙Welcome to the world Radley Knight Roloff.” Then she said that her baby weighed in at “9.1 lbs” and measured“21.5 in.” The little guy arrived on “11.8.21 at 6:32 am and [was] born en caul which was wild!” Next, she told fans as she did with her other babes, “I can’t wait to share his birth story with you soon🤗.” Audrey really battled when she gave birth to Ember, but it seems like this time, labor wasn’t too bad.

The Little People, Big World alum said, “We are so grateful to God for answering so many specific prayers in regards to this labor and delivery😭 A word that I had been praying over this birth was “harmony.” And it truly was one of the most harmonious experiences🥺.”