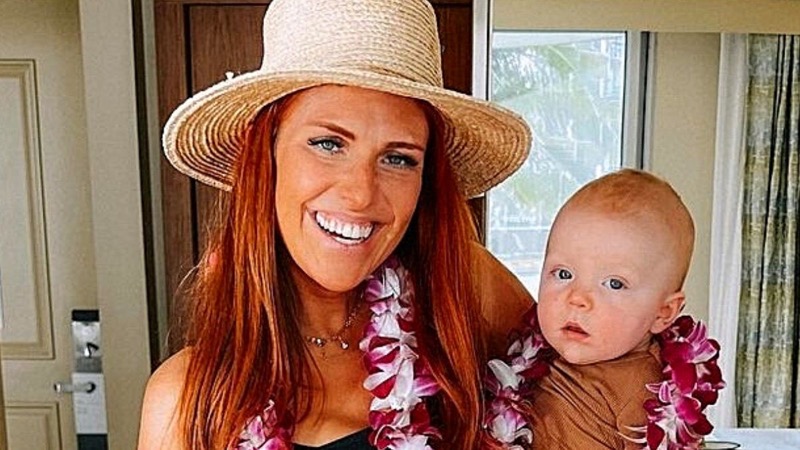 Little People Big World, (LPBW) spoilers revealed in July last year, that Audrey and Jeremy Roloff expected a third baby. Little Radley Knight arrived in November, and once again, they produced an adorable child. Now that six months have passed by, the cute little kid starts exploring his world and that makes his mom both excited and nervous. If you don’t know, Radley has a big brother named Bode, and an older sister named Ember.

When Radley was born, Audrey and Jeremy shared the birth which took place in a water tub. Judging by the images, it wasn’t a terrible birth, and somehow, she managed to smile. The newcomer arrived on November 8 and came with his caul still intact which is relatively rare. However, it hasn’t affected his development even though Audrey had some feeding issues. Whilst many TLC fans slam Audrey for pushing her faith and the books about marriage, there’s no denying that she has three very cute and healthy kids.

The Little People Big World alum found a lot of critics when they heard that she used Blanket Training for her first child. If you don’t know, it is used by the Duggars from Counting On. Some people think it’s very cruel as it involves hurting the child if they stray off a blanket. However, Audrey assured fans that they never took it that far. Actually, it’s not clear if they did that with Bode, and hopefully, they drop it for Radley. Otherwise, they might soon start it as he is well on the way to crawling.

Taking to her Instagram Stories on May 31, Audrey shared some clips of her latest addition. In the video, he was upon his hands and knees, ready to roll. In the caption, she said “Uh-oh,” and “half excited, half nervous.” Soon, her son will most likely be getting into everything. And so, new adventures will begin. As they are currently refurbishing the kitchen, no doubt, it will be a tight finish to get it completed before Radley starts trying to explore the storage space.

Little People Big World fans could also see that Radley looked excited but he didn’t quite take the next step of actually moving. No doubt, it’s just a matter of days though. Radley is slightly younger than his big sister Ember who started crawling at seven months old. Actually, it’s not usual for 6-month-old children to start exploring their world a bit more.

When Do Babies Start Crawling?

The Little People Big World babysits fairly average in his new ability to pull and crawl and try scooting about on his hands and knees. While some kids take longer to reach the milestone, a sure sign is when they “get up on their hands and knees and rock back and forth,” according to Healthline. And that’s what Audrey revealed in her clips. Kids usually reach milestones between the ages of six months and a year.