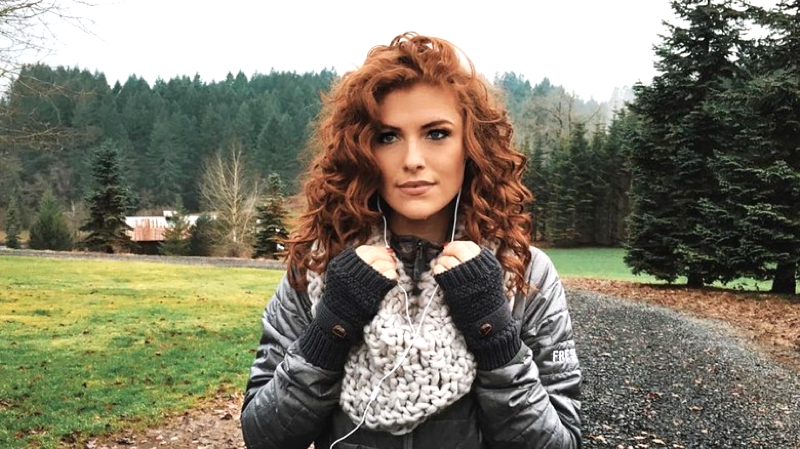 LPBW alums Audrey and Jeremy Roloff practiced Blanket Training when Ember was a little girl. Actually, it’s not a rumor, Audrey admitted it. TLC fans who watched Counting On and 19 Kids and Counting know that Michelle Duggar also used the technique on her children. But did the Little People, Big World alum take it as far as Michelle?

Audrey, like the Duggar family, is very religious. However, she’s probably not part of the Institute in Basic Life Principles (IBLP.) Well, there are a lot of folks who think that some of the practices by the IBLP amount to child abuse. One of the most outspoken critics against Blanket Training is Katie Joy of Without A Crystal Ball on YouTube and Instagram.

Some folks think she exaggerates, but some people who follow her grew up in ILBP families. So, they thank her for shedding light on it. In her post about it on January 5, Katie didn’t mention LPBW alum, Audrey Roloff. However, a fan brought up something in the comments. So, that might make others wonder just how far Audrey took the Blanket Training.

Certainly, she used it with little Ember. The news emerged in 2019, two years before Ember started Pre-K. This week, Katie posted about the Duggar family who uses it and she noted that it’s based on a book by Michael Pearl. According to Katie, Michael Pearl advocates training and pain. She noted, “He instructs parents to place infants on a blanket on the floor.” Tempted with a treat or toy, when they move off, “they get hit with a rod.

Michelle Duggar wrote a book and pushed the concept of Blanket Training. Now, Katie Joy elaborated on hitting kids and discipline. In her post, she wrote, “When a child disobeys a parent, they are instructed to take the child into a private area, hit the child & continue hitting until the child stops fighting them.”

That comes on top of the Blanket Training kids get. Well, it comes as no wonder that a lot of Little People, Big World fans freaked out about Audrey Roloff using Blanket Training. In 2019, Audrey Roloff posted about it on Instagram. At the time, The Hollywood Gossip picked up the story. Recalling that, one of Katie’s fans reminded others about it.

The outlet reported that LPBW alum, Audrey “clarified that this was not a daily practice.” The outlet noted that “she explained that they usually did it about once a week.” Reportedly, each session lasted about 45 minutes. Apparently, Audrey used Blanket Training to teach “boundaries and self-control zones.” Additionally, she talked about disciple, obeyance, and self-entertainment. Actually, she pretty much echoed Michelle Duggar from Counting On.

LPBW alums Audrey and Jeremy Roloff tried Blanket Training, but fortunately, she clarified that they didn’t hit the child. Instead, they simply placed Ember back on the blanket if she tried moving off it. Nevertheless, a comment on Reddit noted, “45 minutes is like an eternity to a baby. That just sounds awful for Ember.”