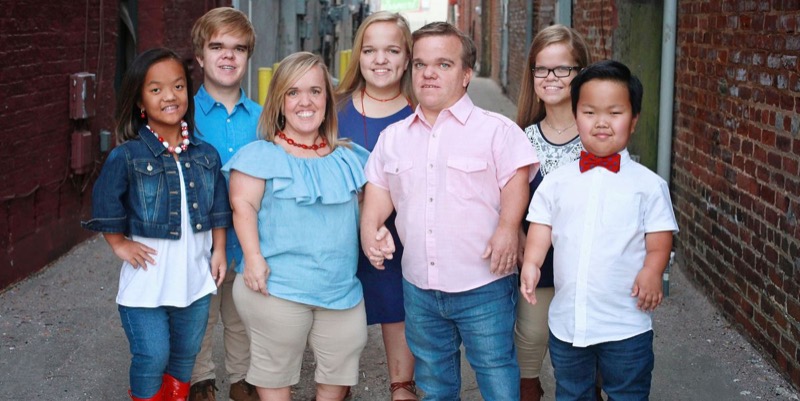 7 Little Johnstons Season 10 just came to an end and fans finally saw Joose Jeskanen. Spoilers about the 17-year-old teen came out during the season, but it seems they rather pointed to another season coming along. After all, fans only saw the Finnish youngster in the very final episode. In fact, it now looks like a certainty that he opens the way for Season 11.

The previews for the show indicated very strongly, that the family might have adopted a teenager. However, that never happened. Instead, He turned out to be an exchange student. That explained by Emma spoiled the fact that they didn’t adopt him. She talked about it before the season even started.

Even though TLC fans knew that Joose wasn’t adopted, they tuned in because he seemed interesting. Well, if you hoped to see lots of him, that didn’t happen either. TLC waited until the finale to reveal more about him. Spoilers from newstodaymaster.com reported that a “Finnish media outlet,” revealed his name as Joose Jeskanen.

The outlet also noted that fans would see Joose Jeskanen out and about in the USA with the 7 Little Johnstons family. So, TLC fans expected scenes of him at “Thanksgiving, Finland’s Independence Day, and on a visit to Washington.”

None of that happened in season 10. During a FaceTime session, fans learned that Joose is 17 years old, underwent two-arm lengthening surgery’s as he’s also a little person, and learns to drive. He nurses an ambition to become a pediatric surgeon. Emma liked him and so did fans, so will they see more of Joose in a new season?

Joose hopes to visit the USA to improve his English. Actually, he already speaks it quite well. However, two of his siblings were exchange students, so it seems ideal for him to get the same experience. Amber and Trent went with the idea of them sponsoring him into the USA. Notably, that didn’t come in the finale, but via earlier spoilers from Finland.

Given the spoilers that fans would him traveling, it seems that 7 Little Johnstons Season 10 just built up the lead to season 11. Interest seems high and across social media, and TLC fans expressed how they want to learn more about him. Emma seemed to like Joose straight away and so did fans.

7 Little Johnstons premiered a number of seasons between March and May and two of them came late in the year. So, it’s quite possible that fans finally see Joose in the USA in the spring of 2022. The show is aired retrospectively, so probably, he was with the family at Thanksgiving in 2021.

Be sure to catch up on everything happening with GH right now. Come back here often for more 7 Little Johnstons spoilers, news, and updates.