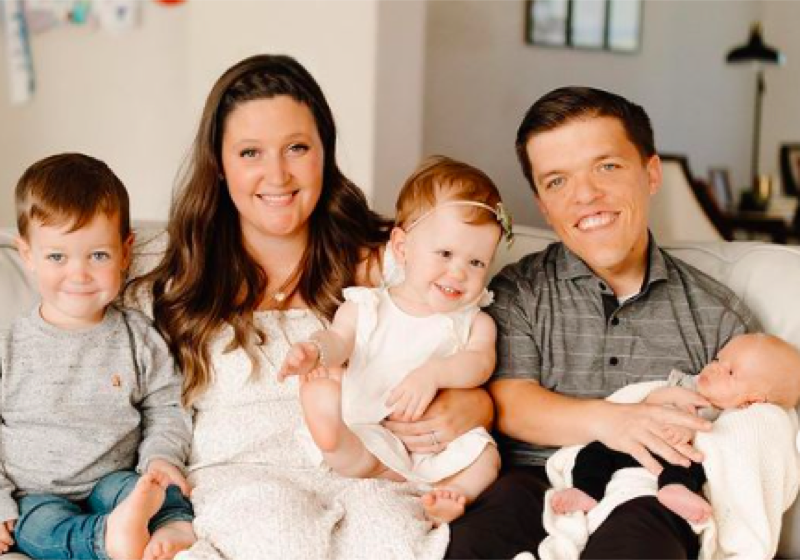 Little People Big World, (LPBW) spoilers revealed that Josiah Luke Roloff arrived a month ago by C-Section. Since his birth, Tori kept TLC fans updated almost daily. However, at the end of his first four weeks of life, she posted more about his little milestones. Fans love updates and they really hope that she continues sharing. Nowadays, she calls her son “Si” and she updated all of his progress so far.

When Tori gave birth, it came not long after she got a bit of a scare, thinking her waters had broken. Like his brother Jackson, and his big sister Lilah, Joshia was born by C-Section but he came nearly two weeks early. Actually, Tori said the recovery was initially very painful. So much so, that she almost called 911. Later, when she introduced the bigger kids to the new arrival, she struggled with discomfort but still managed to take the time to share photos of the adorable children.

Naturally,n fans of Little People Big World wondered if Josiah would be like Jackson, Lilah, Zach, Amy, and Matt Roloff. All of them have forms of achondroplasia. Whilst the news was slow to arrive, Tori finally told US Weekly that he is, indeed, a little person. However, she doesn’t “define” him like that. To her, Si is a very special, cute little kid and that’s what counts. Whilst many TLC fans thought that asking was rather “rude,” now the news is out, fans look forward to the three little kids growing up together.

Josiah Luke Roloff looks very small against the big calendar of progress. However, in her caption, what Tori wrote seems about right for the baby’s milestones. Dressing him in an oversized jacket and black leggings, she mentioned that her son has already outgrown his non-binary clothes. Recall, that she didn’t know the gender of her child, so she purchased neutral outfits for him. The TLC star also told her fans, “Josiah LOVES to eat and has yet to miss a meal. 🍼” So hopefully, she won’t have feeding issues going forward.

The Little People Big World star also said that Si stays awake more often now, and “he loves to look at his family! 🤍” Of course, fans already saw how much loving attention Jackson and Lilah give their sibling. So, she added, “He loves his siblings and is so tolerant of their exuberant attention. 🧒🏻👧🏻”

Little People Big World fans heard that Josiah Luke Roloff isn’t really all that settled yet when it comes to sleeping through the night. However, his mom gets through it by drinking “coffee.” Nevertheless, she tries “really hard to enjoy every moment.”