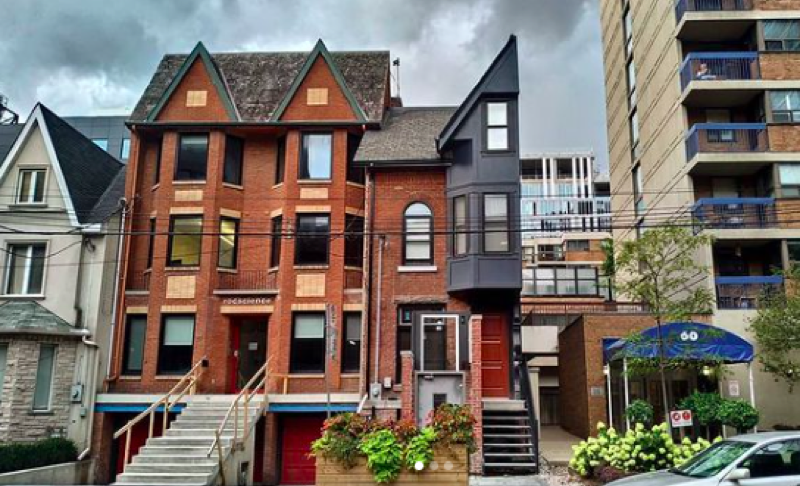 Toronto is a multi-cultural city, with residents from all over the world. This leads to a truly exciting experience, with restaurants serving all types of delicious cuisine. The city is famous for its museums and art galleries, including the Frank Gehry Art Gallery and the Bata Shoe Museum. Theater life includes the Elgin & Winter Garden Theater and Shakespeare in High Park. Besides the well-known attractions, Toronto also has a number of unusual and cool locations, ideal for a visit. Here are three ultra-Instagrammable places for your next Toronto trip.

This fascinating half-home isn’t a trick of Photoshop. The row home, located at 54½ Saint Patrick Street dates back to the late 19th century. The bay-and-gable home was built between 1890 and 1893 and was once part of six, identical row houses on what was then Dummer Street.

In the middle of the 20th century, a holdings company began buying up property in the neighborhood for redevelopment. Most of the row house owners gave up their homes. One refused and as each half home was torn down, only No. 54½ remained. It was a miraculous feat that left the home-standing, with its original façade and a white, exterior wall that managed to stay whole. One slip-up by the excavator and the house would have fallen.

Back in 2013, the house was said to be privately owned, but vacant. However, it is gradually starting to show signs of wear. Despite this, it is still a fascinating home to see and photograph from the outside to post on Instagram. 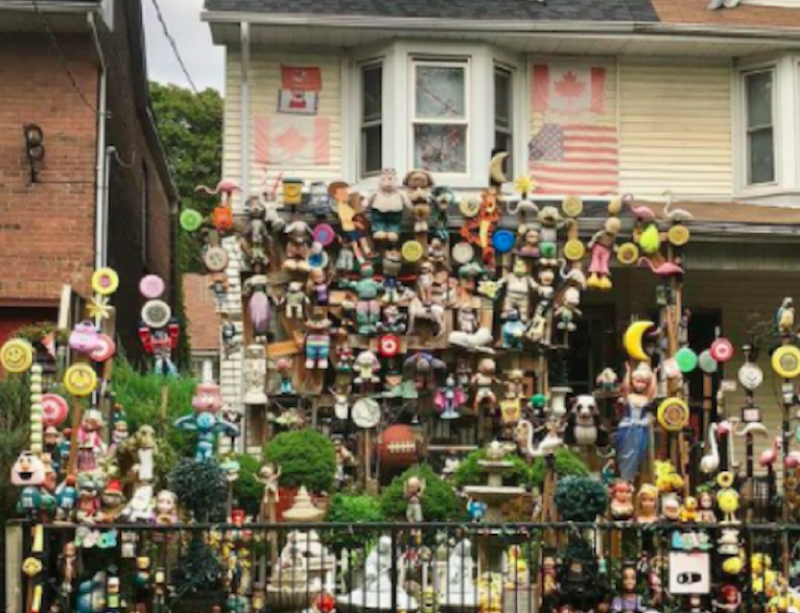 Leslieville is a quiet neighborhood, east of Old Toronto and alongside Lake Ontario. The streets are lined with single-family homes, most of which have small, well-manicured gardens. However, one particular house stands out, as it is completely different from its neighbors.

Instead of shrubs and flowers, the owner of 37 Bertmount Avenue has planted a whole load of dolls, including Hello Kitties, superheroes, troll dolls, mermaids, and more. The home is known locally as the Doll House and belongs to Shirley Sumaiser, who has been collecting dolls and toys for more than 20 years.

However, it isn’t just dolls, as there are also stuffed animals, signs, toys, and plaques, some of which are hung on the fence or mounted on wooden stakes. The result is a colorful and fascinating garden, which is often redone to suit a particular holiday.

Apparently, Shirley’s passion started as a collecting hobby, following her husband’s death. However, 20 years later, the Doll House is a major attraction in Leslieville. You can find this intriguing place on Bertmont Avenue, between Queen St. E and Dundas St. E, close to the Harbourfront. 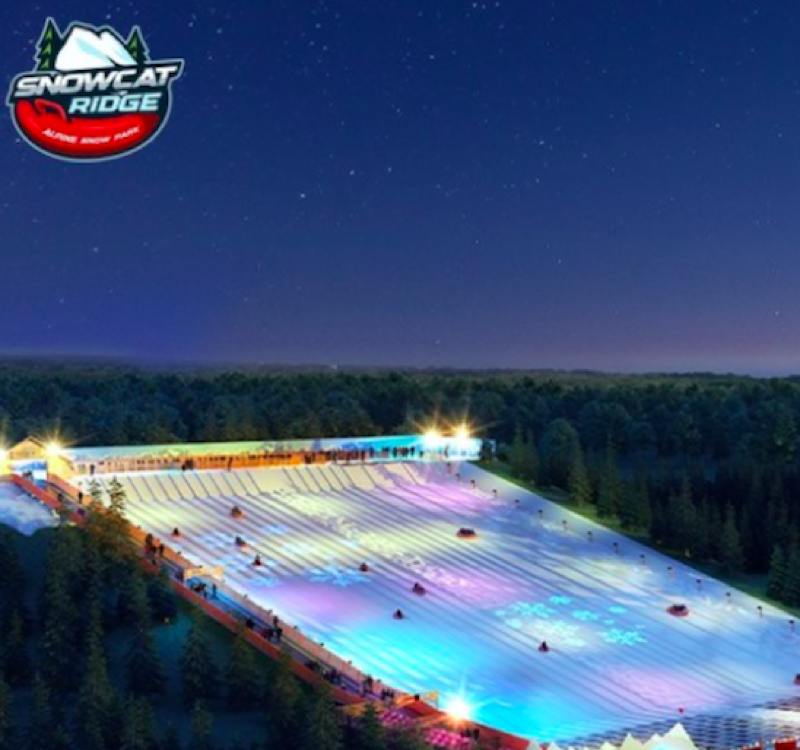 Berczy Park Dog Fountain is tucked behind the Flatiron building in Toronto and is a whimsical fountain dedicated to a man’s best friend. The fountain was designed to honor the four-legged visitors who head to the park each day.

The fountain has three tiers, each with sculptures of dogs, including a Bernese Mountain Dog, a Great Dane puppy, a West Highland Terrier, and a Giant Schnauzer. The fountain’s water comes from each pooch’s mouth. Each dog has been arranged with its eyes glued to a giant bone that crowns the fountain. If you look carefully, there is even a cat, sitting gazing at two bird sculptures on a nearby lamppost.

It is best to visit the Berczy Park Dog Fountain in the spring, summer, or fall, as the water is turned off in the winter months.

Have fun in Toronto on your next visit, tracking down these cool and unusual attractions!