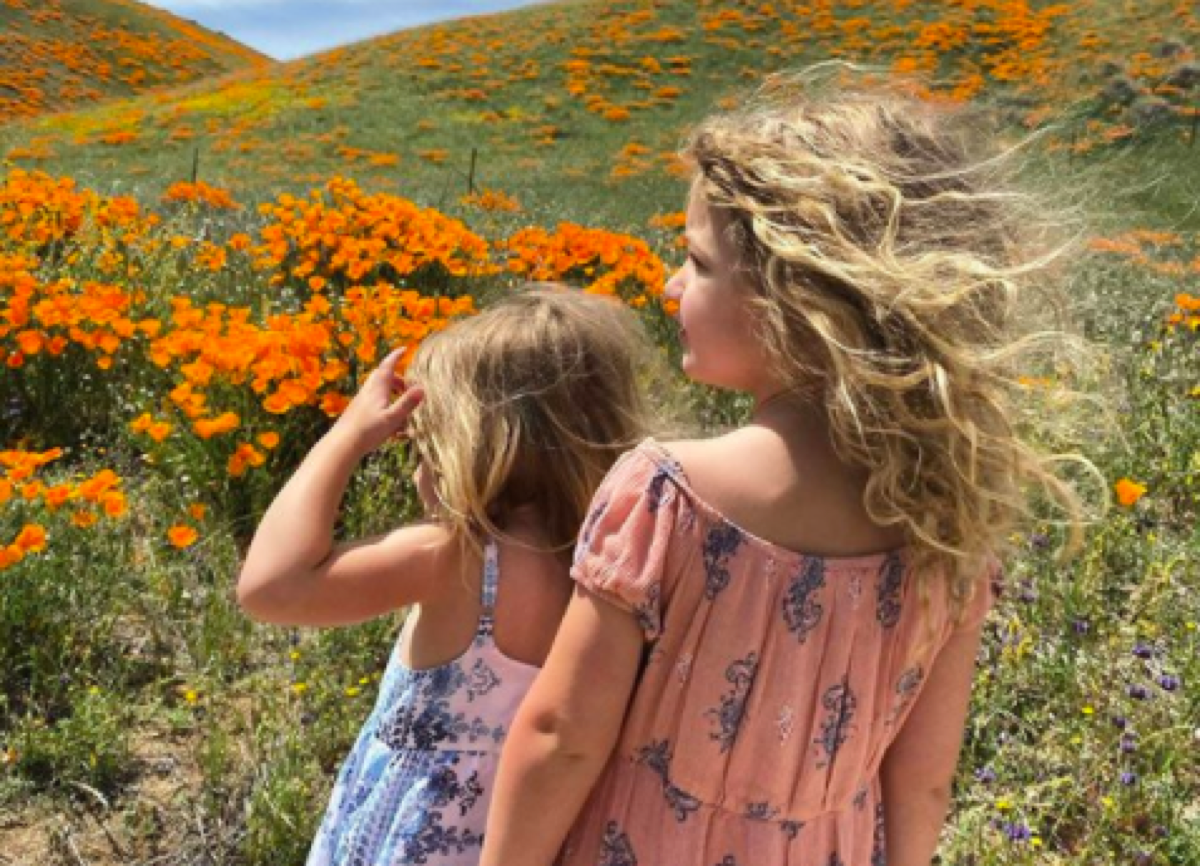 The Young and The Restless spoilers tease that Melissa Ordway, who plays Abby Newman on Y & R, and her daughters Sophie Jolie and Olivia Christine, needed to get out of the house and took a drive, and discovered a hillside full of pretty poppies and posted a photo on Instagram recently.

The roadside beauty was irresistible and the family actually took two photos in the same location and posted on Instagram, one with mommy Melissa and the two girls and the other with the two girls by themselves from a different view, and you can see that post here: https://www.instagram.com/p/B_diRbZlz8U/ .

Melissa comments on the post of herself with her daughters, “We went for a drive today and stopped to see the most beautiful poppy flowers. (Don’t worry, no flowers were stepped on, touched or harmed to take this pic and we were the only people around).” It is difficult for people to stay cooped up in their houses this time of year, when in most parts of the country spring has sprung and beauty is all around.

In some locations people are able to see wildlife return to locations they haven’t been seen in for years – a prime time for wildlife photographers and animal lovers! Sophie Jolie and Olivia Christine, three and four years old respectively, seem to be enjoying the beauty and smelling the clean air, which has been returning without so many cars on the road and factories running and polluting the atmosphere.

Young and The Restless Spoilers: More About The Family

Here is a little more information about Olivia and Sophie’s parents; Justin Michael Gaston is an American singer-songwriter, model, and actor who was also a contestant on Nashville Star on season 6. He finished 10th overall out of 12 contestants. He portrayed the role of Ben Rogers on Days of Our Lives for less than four months in 2014. He also appeared on the magazine cover of Tetu in 2013. Gaston was born in Pineville, Louisiana. He attended Pineville High School.

He competed in track and field, finishing sixth in the pole vault at the 2005 Louisiana High School Athletic Association (LHSAA) 4A State Championship meet. Gaston achieved a height of 12′ 6″ in the competition and married Melissa Ordway on September 22, 2012.

Justin also appeared in several other movies and television roles including Deadly Sibling Rivalry, Escapee, Game Change, Ice Scream, The Concerto, Hollywood Miles, The Unauthorized Full House Story, Until We Meet Again , Beautifully Flawed, and Night Into Day. Melissa is probably best known recently for her appearances as Abby Newman on the CBS daytime drama, “The Young and The Restless” starting in 2013.

Stay tuned to The Young and The Restless, and keep checking Celebrity Baby Laundry for the latest news, updates and developments!