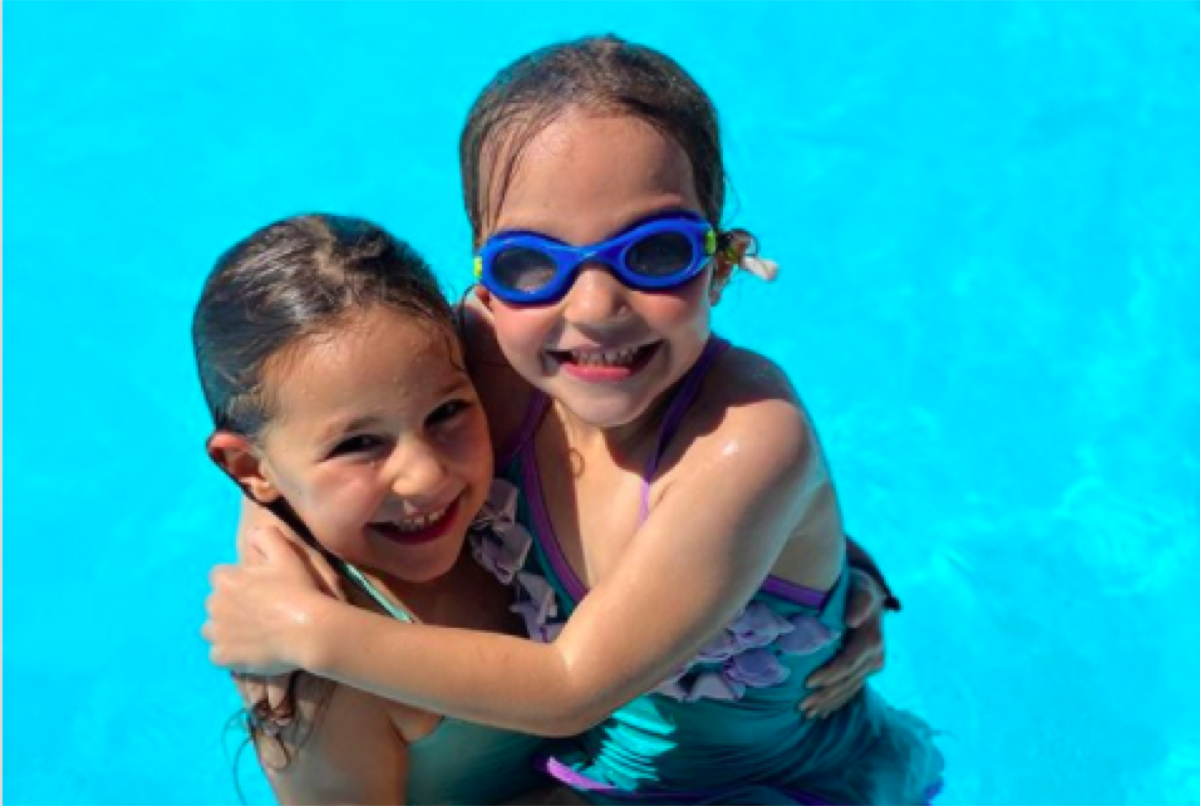 General Hospital spoilers tease that Ava and Grace Scarola, who play Avery Corinthos-Jerome on the ABC soap, celebrated their sixth birthday recently with a private pool party among their immediate family and a sweet pool picture of the two on Instagram.

For the Scarola family, as for many families during these challenging times, Covid-19 caused a change of plans for the twins’ sixth birthday. One of their parents comments on the post, “They have been so excited to turn 6 and have been counting down this day for what seems like months now.

Originally we had planned a birthday weekend at Disney to celebrate, but we will make it a special at home for our sweet twinsie bops.” Unfortunately, Disneyland and Disney World and any other Disney amusement park properties are closed until the all-clear is given that quarantine can be lifted. Ava and Grace, however, still look like they are having plenty of birthday fun in their family pool! Ava and Grace played one of the cutest babies on TV when Avery Corinthos-Jerome was born on General Hospital in 2014.

They are still playing a child their real age and the character has not yet suffered soap opera rapid aging syndrome, or SORAS, as many daytime drama children do and are replaced by older child actors as a result. Let’s hope these cuties are allowed to continue to grow up on television along with the character they portray!

Ava and Grace have played Avery on “General Hospital” since December 1, 2014. In a drama-filled scene, Nina Reeves, then played by Michelle Stafford and more recently by Cynthia Watros, paralyzed Ava and forced her into labor by injecting her with a drug. Then, after she was born, Nina and her mother kidnapped her as revenge against Ava, since Ava had an affair with Nina’s husband, Silas Clay , played by Michael Easton twenty-six years earlier, resulting in Ava’s older daughter, Kiki Jerome, played by Hayley Erin.

Happy 6️⃣th Birthday, Ava and Grace!!!. . They have been so excited to turn 6 and have been counting down this day for what seems like months now. Originally we had planned a birthday weekend at Disney to celebrate, but we will make it a special at home for our sweet twinsie bops. . . . . . #scarolatwins #twins #twinsisters #twingirls #sistersister #birthday #birthdaygirl #quarantinebirthday #thisis6 #makingmemories #itsmybirthday #celebrate #6 #letthembelittle #childhoodmemories

Nina flees with the baby with the help of Franco Baldwin, played by Roger Howarth, who was an old lover of Ava’s but now close with Nina, and they relocated to Canada, where Franco made Nina realize that the baby is not her child with Silas. Nina then convinced Franco to raise the baby with her. Nina called them a “dysfunctional family“. After many suggestions, they name the baby Jaime, after Nina’s brother, James.

The dysfunctional family comes to an end when Detective Dante Falconeri, played by Dominic Zamprogna, Kiki, Ava, Silas, and Morgan Corinthos (Bryan Craig), Sonny’s younger son catch up with them. She is briefly returned to Ava before Dante arrests Ava for the murder of Connie Falconeri, played by Kelly Sullivan, leaving the baby with Kiki and Morgan. Since that time, Avery has lived both with Ava and with Sonny, and also with Michael Corinthos, played by Chad Duell.