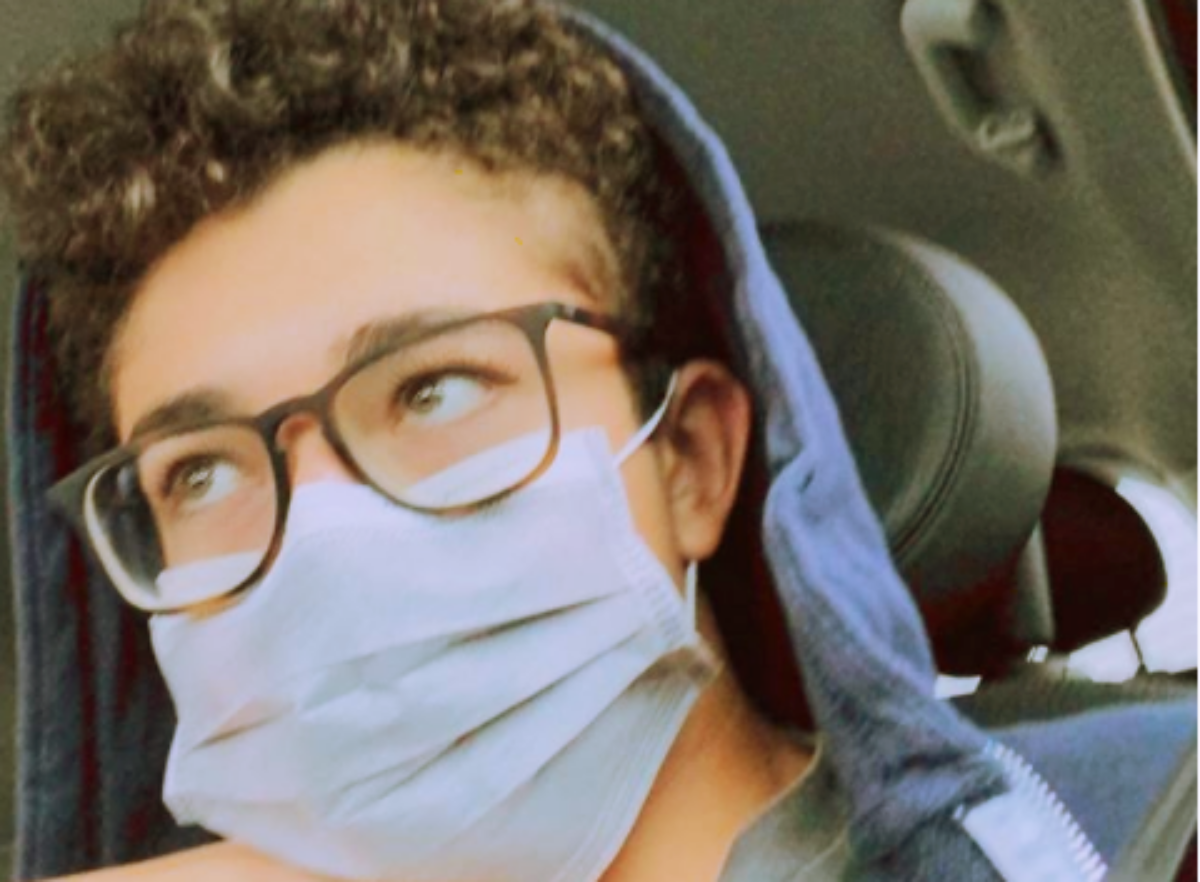 General Hospital spoilers tease that Nicolas J. Bechtel, General Hospital’s Spencer Cassadine, defines boredom quite well as he wears a protective surgical mask and counts day 46284926263736 of quarantine, or at least it seems that way to him!

Nicolas J. Bechtel Speaks For Many In Counting Down The Huge, Exaggerated Number Of Days In Lockdown

Sounds like a prisoner counting down his days to parole and the look on his face – well, in his eyes – matches that description pretty well! Fans have seen Nicolas grow up before their eyes on the tv screen from a precocious seven year old to a young man of fourteen! Nicolas, who turned fifteen years old on February 15, plays Spencer Cassadine who turned fourteen on February 20.

More About The Character Of Spencer Cassadine

Prince Spencer Stefan Niklosovich Cassadine is the son of Prince Nikolas Cassadine (Marcus Coloma) and his late mistress/fiancée, Courtney Matthews (Alicia Leigh Willis). Courtney was the half-sister of Sonny Corinthos (Maurice Benard) making the mobster young Spencer’s uncle. He was conceived during an affair that his parents had while they were both married to other people:Nikolas to Emily Quartermaine, (Natalia Livingston) who acted as his mother until her death in 2007, and Courtney to Jasper “Jax” Jacks, (Ingo Rademacher) who was believed to be his father for the first few months of his life because Jax tampered with paternity test results.

Spencer is seen as a miracle child because his mother, Courtney was told that she was infertile due to a miscarriage in August 2003. He was born onscreen. Spencer has had some rather interesting storylines for a child over the years, some of the more recent ones being Spencer at the age of thirteen having tampered with the election machines to buy his grandmother Laura Spencer (Genie Francis) more time to campaign for Mayor of Port Charles.

Recently Nikolas Returned From Playing Dead For Over Three Years

Eventually, the news of the election tampering was made public, but no one knew it was Spencer. Later on, he and Laura celebrated Nikolas’ birthday and were also acknowledging that it’s been two years since Valentin Cassadine (James Patrick Stuart) killed Nikolas. Then Spencer confessed to Sonny that he has heat on him since he tampered with the election plus he revealed that Valentin knows what he did. Sonny promised he will keep an eye on things and Spencer decided to return to boarding school in Europe.

More recently, after Nikolas returned from playing dead for over three years, Spencer was shocked but happy to see that his father was alive and he hugged him. After their embrace however, Spencer asked where he’s been for three years. Nikolas confessed that he stayed away so he could strategize a way to take back their inheritance and destroy Valentin and Spencer grew angry since he willingly stayed away.

Spencer ranted about how he hated Valentin for “killing” him but now he hates Nikolas for staying away. While Nikolas went to get some air, Ava Jerome, (Maura West) who was along on the trip suggested to Spencer for him to let go of his anger and let his father love him again. When Nikolas came back, he pleaded for Spencer to let him make everything up to him but Spencer cried that he was alone for three years and eventually said he was just as heartless as Valentin was before telling him to stay away from him before he stormed off.

Nicolas landed his first role as Josh on Days of Our Lives at the tender age of 7, followed by two guest appearances on The Goodwin Games, Good Luck Charlie on a television series and a film titled The List, prior to signing on to portray Spencer Cassadine on General Hospital.

In addition, he played other recurring roles from 2014 – 2018, such as Max Leon on Rake, Young Jordi on Red Band Society, Rob Kardashian on American Crime Story and Lewie Diaz on Stuck in the Middle and a couple of guest appearances on Baby Daddy, Girl Meets World, Grey’s Anatomy and Underdog Kids. In 2015, he became Kid Correspondent for Nintendo of America, Inc. at the E3 (Electronic Entertainment Expo) event and a special correspondent for “Extra” attending red carpet events interviewing celebrities.

Watch for Nicolas’s appearances on the ABC soap General Hospital, and check Celebrity Baby Laundry frequently for all the latest news, updates and developments!