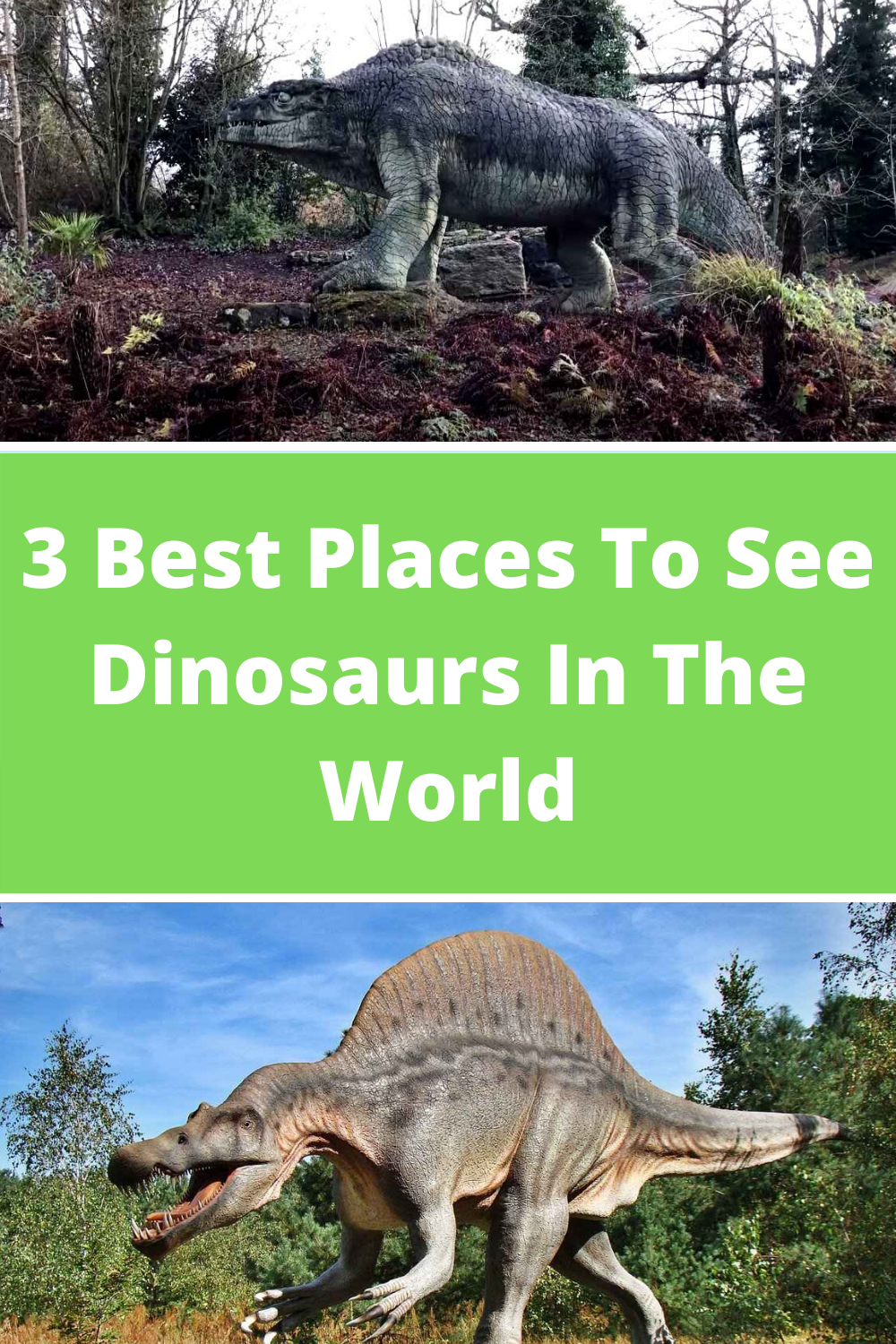 Fans of the Jurassic Park franchise films will enjoy visiting these locations with their detailed dinosaur sculptures.
According to scientists, the real dinosaurs were wiped out by an asteroid. Many fossils of the giant creatures have been discovered by archaeologists all over the world. Others have immortalized dinosaurs in impressive sculptures. Here are three places where you can see them.

What interests us is the Crystal Palace Park surrounding the palace, which was extensively renovated. As part of this, sculptor Benjamin Waterhouse Hawkins got the job of building life-size models of extinct creatures. However, after speaking to palaeontologist, Sir Richard Owen, Hawkins decided to also include dinosaurs.

In total, the sculptor built 33 models of 15 different species of dinosaurs. These include the Megalosaurus, Iguanodon, Dicynodon and a creature that wasn’t really a dinosaur, an Ichthyosaurus. The dinosaur models turned out to be a huge success, leading to miniature models of the beasts being created and sold in the gift shop.

It was later discovered that the sculptures were not totally accurate, with the Dicynodons looking like turtles, instead of a close relative to hippos. Probably due to this, the park lost popularity and fell into disarray. The Crystal Palace was destroyed by fire in 1936. However, luckily for us, the dinos went through a full restoration in 2002 and were given a Grade I listing in 2007.

To visit the site, the closest train station is Penge West. The park can also be accessed from Crystal Palace station.

Next we head to California in the USA to see the “world’s biggest dinosaur.” This roadside attraction is on Interstate 10 in southern California. For 35 years, people passing by have been greeted by Dinny the Dinosaur, an Apatosaurus, 150 ft in length. Close by is Mr. Rex, a 65-ft long Tyrannosaurus Rex, standing overlooking the desert.

The Cabazon Dinosaurs were created by theme park artist, Claude Bell in the 1960s to attract business to the Wheel Inn Café on the roadside.

When he was younger, Bell worked on the New Jersey beaches, building sand sculptures to make money. His work was so popular, Bell was invited to compete in various festivals around the USA. However, sand sculptures are by their nature fragile and could be destroyed by the wind or the waves. This led him to make something more permanent, in the form of the roadside dinosaurs.

After Bell died, the property, with its dinosaurs, was sold to a local land developer. With the assistance of Christian groups, the developer used Mr. Rex and Dinny to spread the word about creationism. The message behind this was to change a tourist stop into a place of worship. A creationist museum was set up inside Dinny, which has since been removed.

Visitors can still see Dinny and his friend Mr. Rex and nowadays there is a gift shop on the site, selling dinosaur-related souvenirs.

Disney Parks May Not Open Until January 2021 – If Prepared https://t.co/uTm9ZdueR6

While Claude Bell believed he had built the largest dinosaur in the world, it turns out there are two larger ones, poised kissing over a highway in Mongolia, in Erlian, Xilin Gol. The surrounding countryside is a wasteland, but just before the town, two huge Apatosaurus have their necks craned across the highway in a passionate kiss.

Along the roadside, many more dinosaurs can be seen, dotted over the landscape. This part of the world has been the site of many dinosaur fossil discoveries over the last 50 years. Since that time, the Chinese are trying to build tourism in the area by creating a Mongolian dinosaur fantasy-land.

So far, it hasn’t been too popular, probably because the location is so remote. The best way to see the massive dinosaurs is to catch a taxi from Erlian. While not the best quality, the dinosaurs can be seen in the video included below.

Have fun visiting the dinosaurs of the world – here you can imagine you are in Jurassic Park, without being attacked by the monsters!

Disney Parks May Not Open Until January 2021 – If Prepared