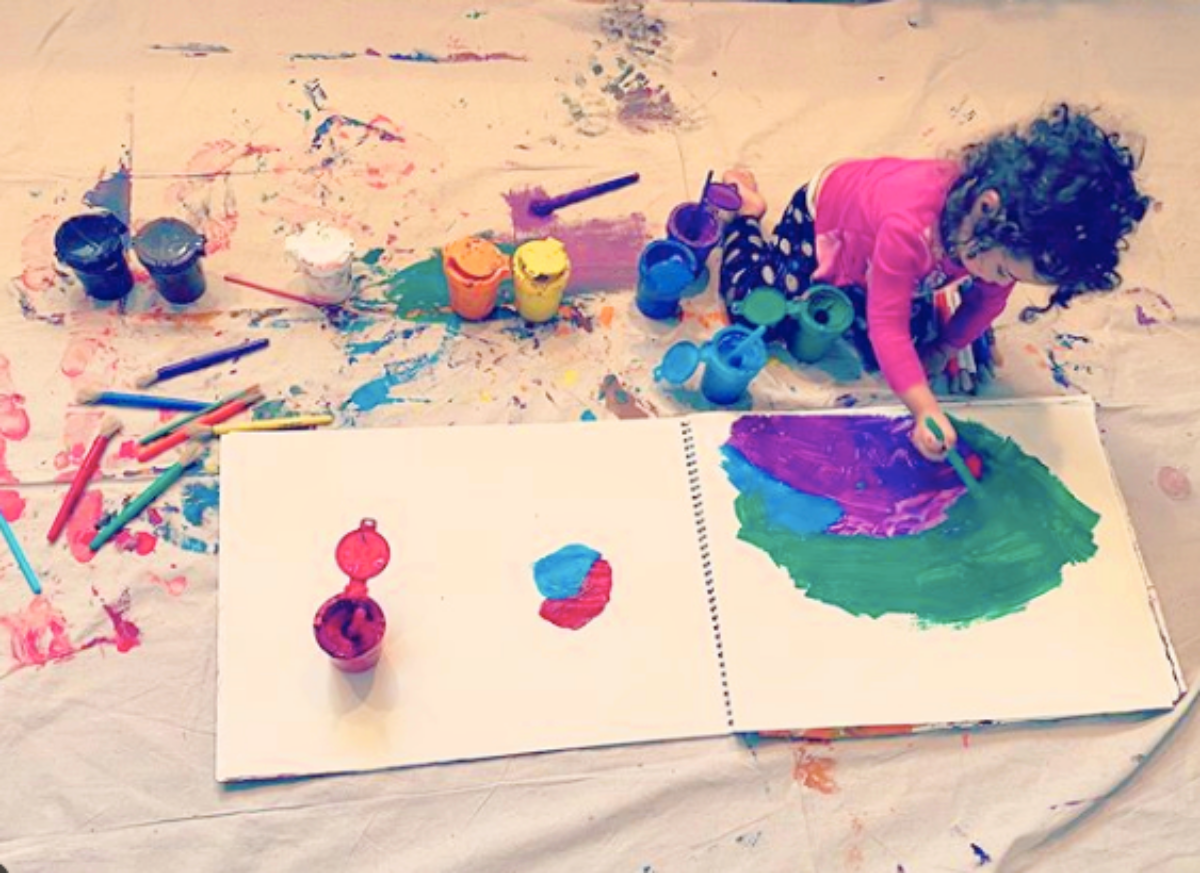 General Hospital spoilers tease that Emme Rylan’s daughter Dakota had a paintathon that lasted eleven hours and posted about it on Instagram recently with a photo that cute curlyhead Dakota strikes an artist’s pose in!

GH Spoilers: Emme Rylan Got Comments On The Paint Cups Her Daughter Has In The Photo

Dakota poses holding a brown paint cup and looking up at it and her brush, as if she is an artist wondering where she should paint the next thing in her masterpiece! (You can see her masterpiece in an earlier post at this link – https://www.instagram.com/p/B_aMvnwgR55/ .) Dakota is three and a half years old and has two older brothers, Jackson Robert Money, born on October 22, 2009, and Levi Thomas Money, born on November 3, 2011.

Her parents, Don Money and Emme Rylan, formerly known as Marcy Rylan, have been together for eleven years. Dakota’s curly brown hair and blue eyes make her adorable, and undoubtedly, when she gets old enough, Dakota Rose Money will be breaking some young boys’ hearts! We can just imagine how gorgeous she will be as a teen when she’s so cute as a barely past toddler!

Their family also includes four furbabies; two dogs named Hudson and Blue and two Himalayan longhaired cats, one named Jasper, and the other Cosmo. The two boys are members of the Boy Scouts and recently participated in a Pinewood Derby, which was based on the Soap Box Derby that was popular in the 1950s-1960s, except the cars are smaller and the tracks are smaller and the boys don’t drive them!

Emme is best known for her roles as Lulu Spencer on ABC’s daytime drama “General Hospital” where she currently can be seen, and as Abby Newman on the CBS daytime drama, “The Young and The Restless.” She also played Lizzie Spaulding on the legendary CBS daytime drama, “The Guilding Light.” Emme has also been in some movies, and was born on November 4, 1980 in Providence, North Carolina, as Marcy Faith Behrens.

In 2009 she legally changed her name from Marcy Faith Behrens to Emme Rylan. She is both an actress and producer, known for “Bring It On: All or Nothing”, “Shevenge” and “Impulse Black”. In her spare time, Emme is also an Etsy shop owner, where she sells jewelry and other items that she makes.

You can find Emme on Etsy at “Handmade by Emme Rylan” at this link; https://www.etsy.com/shop/EmmeRylan and see her as Lulu Spencer on General Hospital on ABC. Some mommy trivia: Emme worked right up until a couple of days before Dakota was born, but it presented a bit of a problem for her character Lulu Spencer, at that time Lulu Falconeri, because the character could not conceive and in vitro fertilization and surrogates were used in the storyline.

In the 1960s, pregnant actresses were frequently featured in only headshots or hidden by large plants or large purses when they started to show, even though having a baby is the most natural thing in the world. It would seem that in Emme’s case, her tops became more and more loose, when she wore dresses they became more and more bouffant since they could not write her pregnancy into the show and make it believable! A few times she carried purses the size of overnight bags!