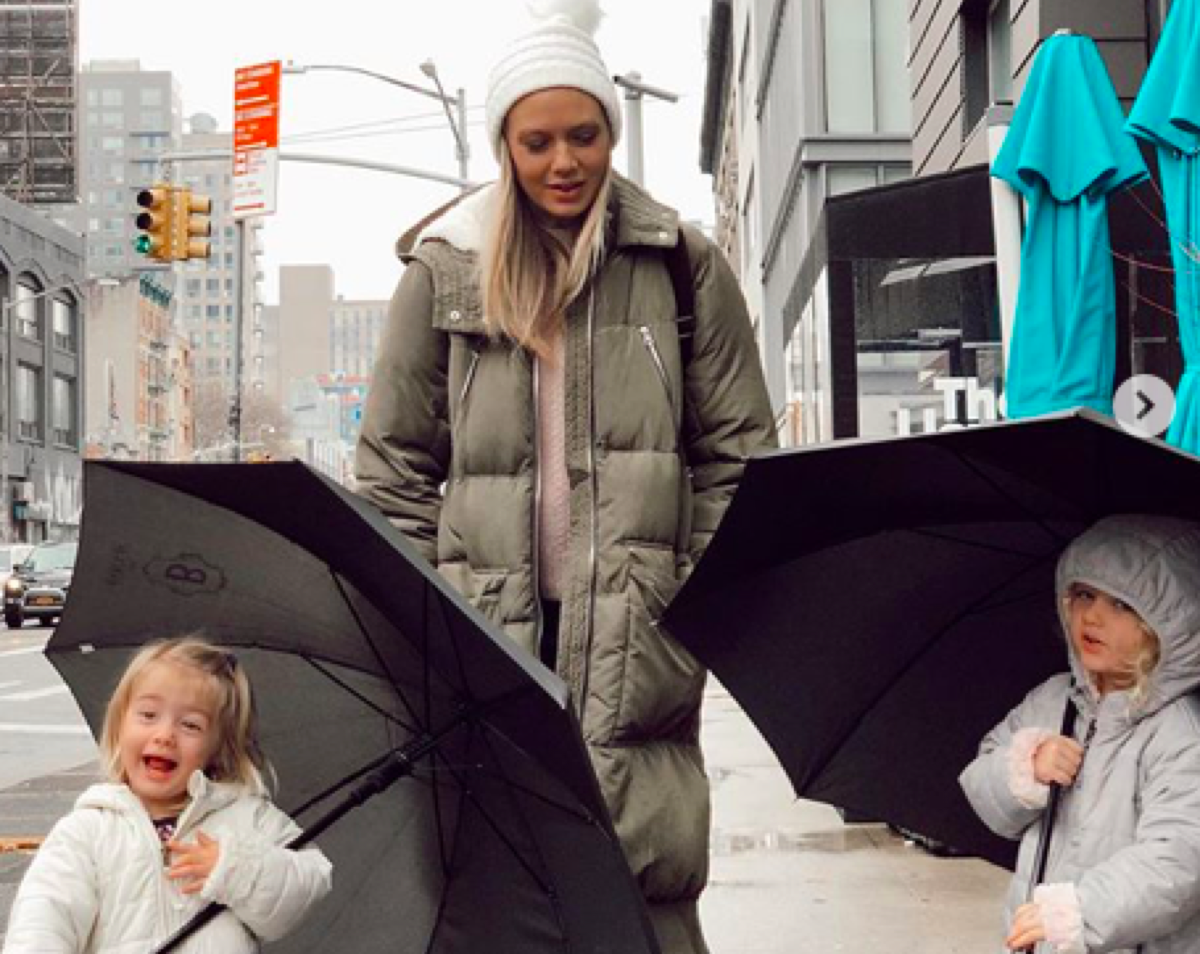 The Young and The Restless (Y&R) reveals that actress Melissa Ordway and her two little girls, Olivia Christine and Sophie Jolie, enjoyed a trip to New York City, but they’d like to get back to some warmer weather!

Melissa Ordway, who plays Abby Newman on the CBS soap opera “The Young and The Restless” posted “NYC, I love you. But it’s time to get back home to warmer weather!” She and both her girls are bundled up on a New York City Sidewalk, the little girls each holding an umbrella as well.

She and husband Justin Gaston (ex-Ben, DAYS OF OUR LIVES) adopted their first child, Olivia Christine, after her birth on April 30, 2016. Little Sophie Jolie, who Ordway gave birth to a little earlier than expected, was born on Dec. 9, 2017.

Young And The Restless Spoilers: Melissa Ordway Has Appeared On Y&R Since 2013

Mommy Melissa is probably best known recently for her appearances as Abby Newman on the CBS soap, “The Young and The Restless” starting in 2013. She also played Sydney Price in the reboot of “90210” in 2013, Chloe Carter / Cynthia Kowalski in “Hollywood Heights” in 2012, Morgan McKellan in the reboot of “Melrose Place” in 2010, Jordanna in “Privileged” from 2008-2009 as well as guest shots in many other primetime television shows and a few made for television movies.

In her current “The Young and The Restless” storyline, her character, Abby, has started a budding romance with an ex-FBI agent, Chance Chancellor, played by Donny Boaz, who quit the FBI to stay in town purely out of interest in Abby, who co-owns a large hotel, “The Grand Phoenix” where he took down a criminal. Genoa City is also his hometown and he intends to start his own private investigation company, tired of traveling all the time but his attraction to Abby is obviously a huge influence on his decision.

Abby, the daughter of “The Young and The Restless” legacy characters Victor Newman (Eric Braeden) and Ashley Abbott (Eileen Davidson) was born Abigail Rachel Carlton Newman , conceived via artificial insemination. Ashley Abbott was desperate to have a child to replace the one she aborted years ago, and stole Victor Newman’s semen donation to a sperm bank and secretly had herself inseminated.

NYC, I love you. But it’s time to get back home to warmer weather ✨

Little Abby grew up believing Brad Carlton (Don Diamont), the man her mother was married to at the time was her father. When Ashley suffered a bout with cancer, she recorded a video message for Abby to see when she grew up, revealing that Victor was her biological father. Abby saw it without Ashley knowing it and told Victor. Though the truth was out, she viewed both Brad and Victor as father figures.

Tune into CBS’s “The Young and The Restless” to see Melissa Ordway, and check Celebrity Baby Laundry frequently for all the latest news, updates and developments!

10 Amazing Free Things To Do with Kids In Florida