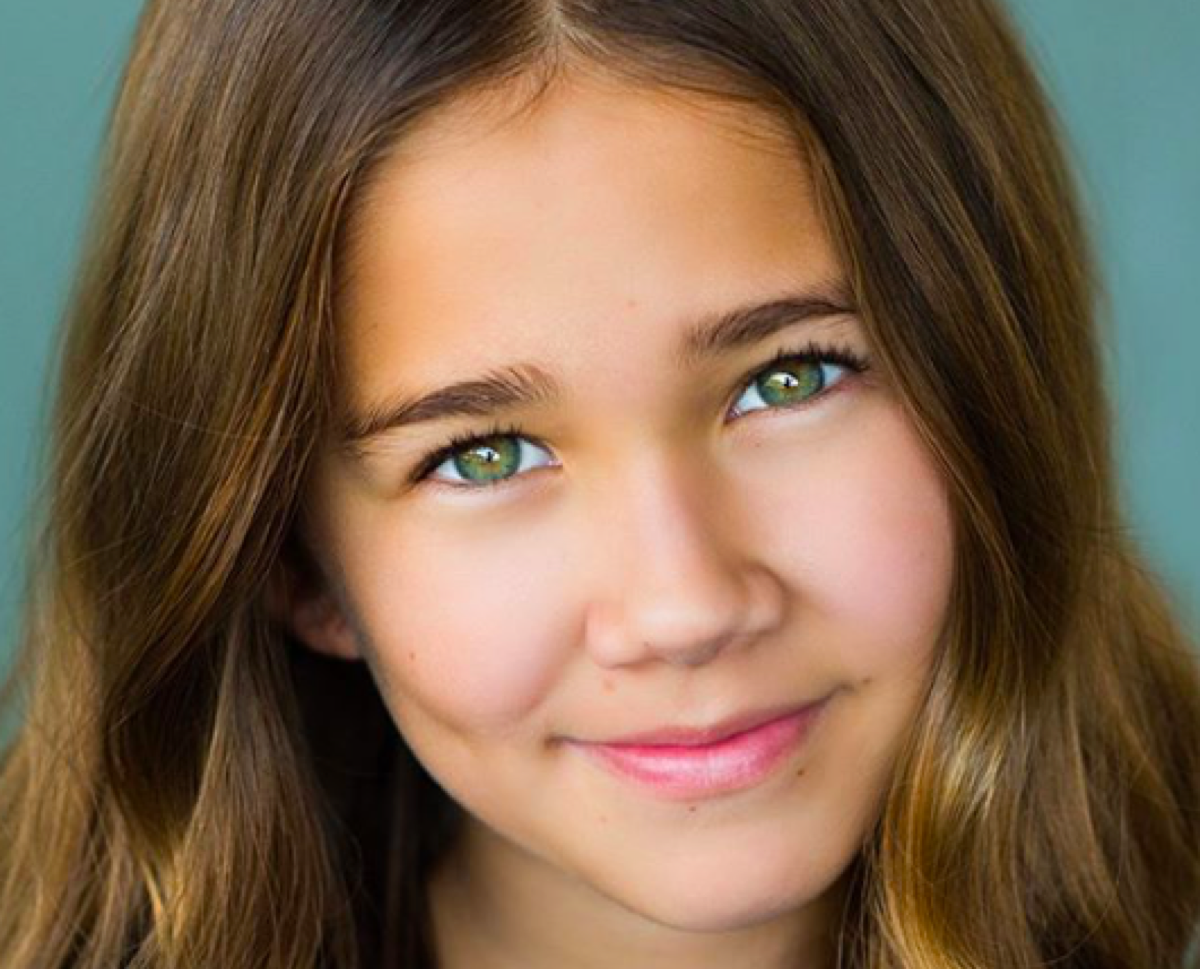 The young actress commented on Instagram, where she also posted a current headshot, “First day back to school in 2020 #2020 #newyear #newdecade #newdreams #headshots #theatrical #liltoesphotography”. Brooklyn, who will turn fourteen on April 27, has played Emma Scorpio-Drake, the daughter of Dr. Robin Scorpio-Drake (Kimberly McCullough) and Dr. Patrick Drake (Jason Thompson) since 2011.

She dropped to recurring in 2016 when her television parents left General Hospital for other opportunities, although Kimberly Mc Cullough has returned a few times for important storylines, as has Brooklyn. Her character, of course is the granddaughter of super spies and legendary General Hospital characters Anna Devane, played by Finola Hughes, and Robert Scorpio, played by Tristan Rogers.

Her last appearance on General Hospital was in 2017, at the “Nurses Ball” a fundraiser for HIV started by Robin Scorpio-Drake and shown on General Hospital every year with many of the actors and actresses performing music, dance or skits in character. During the 2017 Nurses Ball, Emma, Nurse Amy Driscoll (Risa Dorken), Kristina Corinthos-Davis (Lexi Ainsworth) and officer Valerie Spencer (then played by Brytni Sarpy) sing and perform a dance routine to “Brave” by Sara Bareilles. Jake Spencer (Hudson West) also asked Emma to be an assistant in his magic act.

Later when they were performing after the ball, the magic act was put to a halt after Jake was revealed to be in possession of the chimera virus, inside an device he was using in his magic act. Emma’s grandma Anna Devane and Valentin Cassadine (James Patrick Stuart) had her and his daughter Charlotte Cassadine (Scarlett Fernandez) removed from the stage and to safety while they removed the device and disabled it from exploding, which would have spread the deadly virus.

Brooklyn Rae Silzer also appeared as Lucy Messer in the CBS dramas “CSI: New York”, as Erica Flynn in “Code Black”, Megan Wolf in “Criminal Minds: Beyond Borders”, and various other television programs and television movies such as “The Storyteller”, “Christmas In Homestead”, “Childrens Hospital”, and as herself in the first annual Young Entertainer Awards in 2016. Her younger sister Londyn Silzer is also an actress, having appeared in “Hawaii Five-O”, and the CBS soap opera “The Young and The Restless”. A very talented pair of siblings indeed!