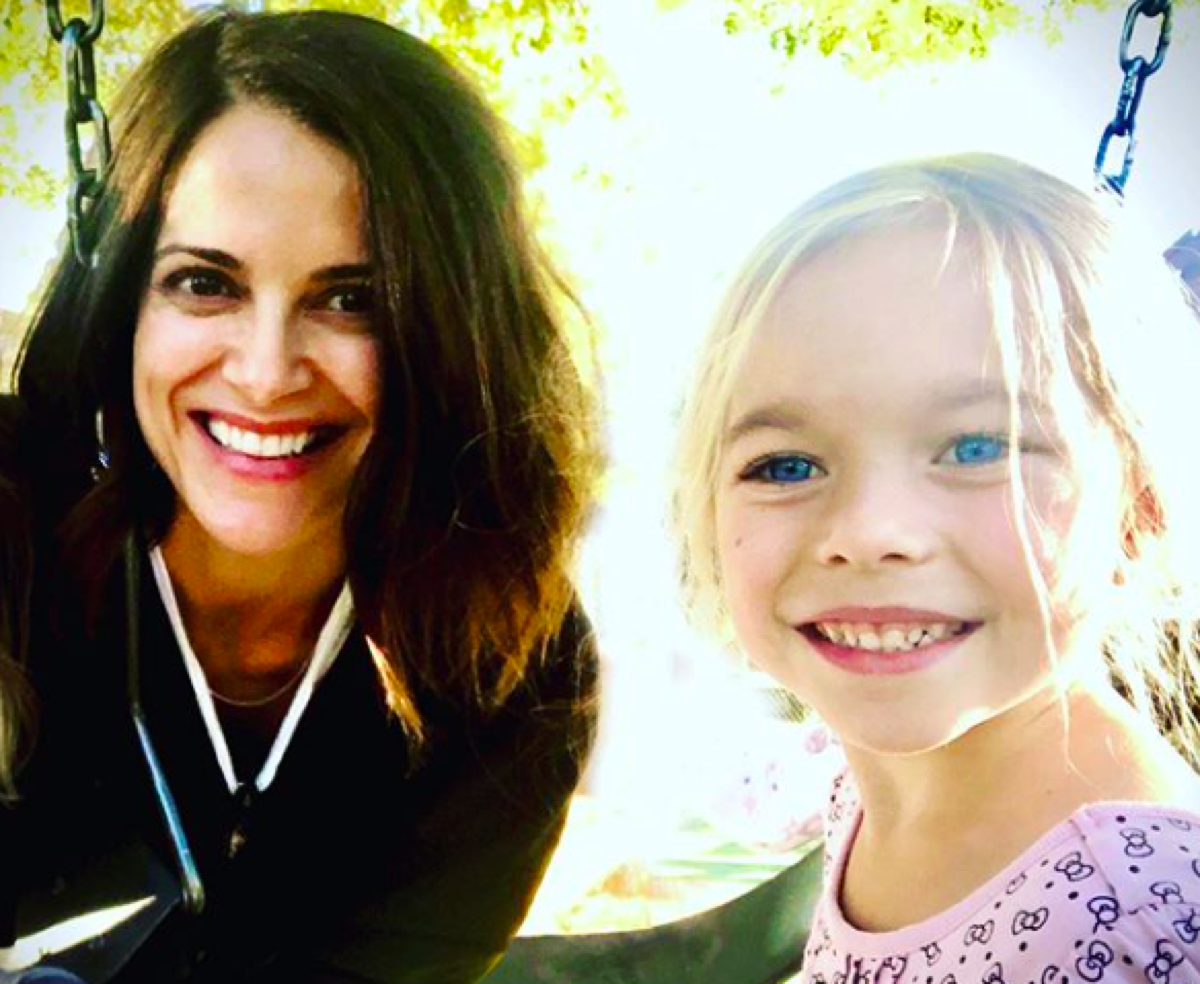 Jophielle, who plays pint sized Violet Barnes on the ABC soap “General Hospital” posted a photo of herself and Rebecca, who played her television mother Hayden Barnes, and posted: “Sweet play time between busy schedules with my GH mommy Rebecca Budig @rbjobud … Always so nice to see each other!”

Jophielle, who is from France, is from a family of acrobats and has a brother, Gabriel Sky who has also appeared in General Hospital a couple of times, once as a student in a classroom and once beside his sister in a scene from the recent General Hospital Christmas episode, which was a version of Charles Dickens’ “A Christmas Carol”. Rebecca’s real life daughter is a little younger than Jophielle, and her name is Charlotte Jo.

Sweet play time between busy schedules with my GH mommy Rebecca Budig @rbjobud … Always so nice to see each other! ❤️

She used Charlotte Jo’s newborn picture to represent her television daughter Violet in a scene where she was telling Violet’s birth father, Dr. Hamilton Finn (Michael Easton) that they had a daughter together, Violet being a patient in General Hospital and Finn being called in to treat her.

Violet’s mother, Hayden, played by Rebecca, had left town and Finn at the altar on their wedding day and had left a note that she had miscarried, which obviously was not the truth! Current storylines have Hayden again leaving town, but this time running for her life, and left Violet on a sleepover with Finn and his new fiancée Anna Devane (Finola Hughes). She had left a note in Violet’s bag explaining the situation and that it was too dangerous for Violet to go on the run with her so she left her there, leaving the new father who just met his little girl to cope with both his and Violet’s questions as to when Mommy was coming home.

Jophielle just started her career at the age of three, and has been in the ABC primetime television show “Grey’s Anatomy” for an appearance and in some commercials and a short. Rebecca is no stranger to soap opera fans as she formerly portrayed Greenlee Smythe on the defunct ABC soap “All My Children” and Michelle Bauer in the defunct CBS soap “The Guiding Light”. She has made guest appearances in several primetime television series as well.

Check out General Hospital to see Jophielle, and to see if Hayden Barnes returns, and check Celebrity Baby Laundry frequently for all the latest news, updates and developments!