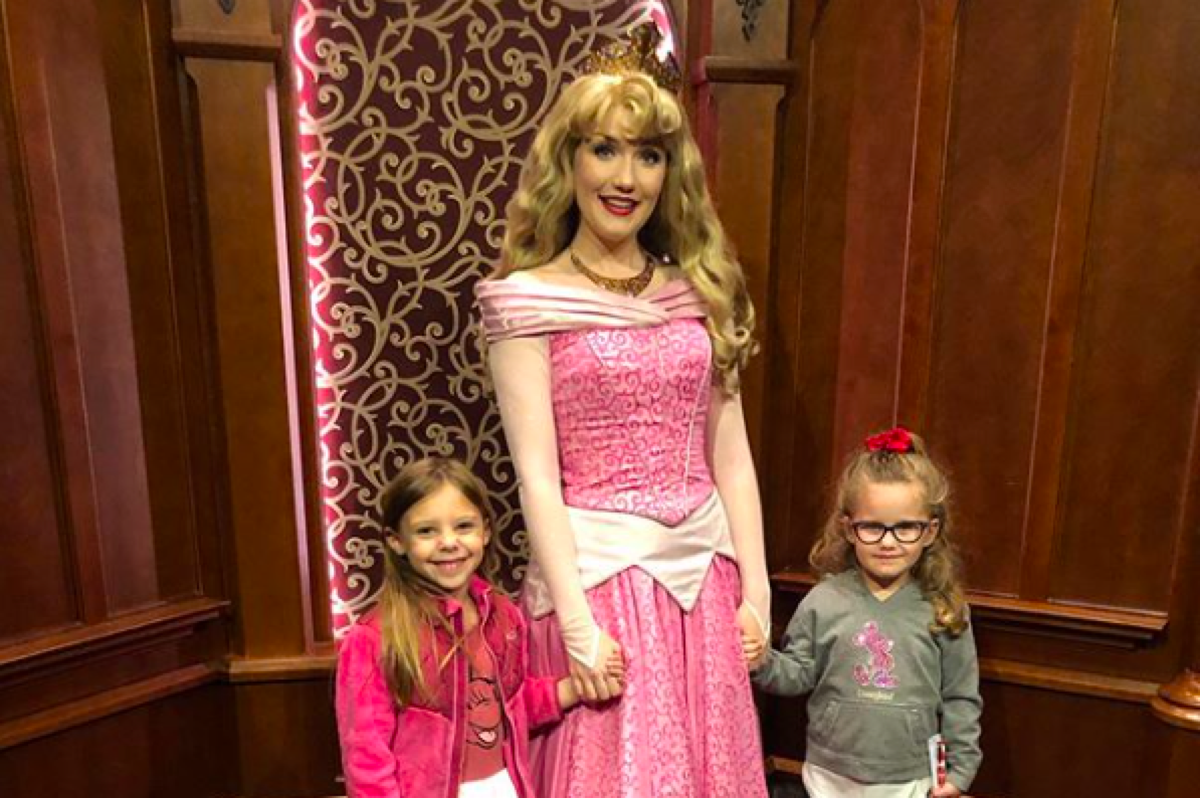 General Hospital spoilers reveal that Harper Rose Barash and her cousin Riley recently got to meet the Disney princesses at Disneyland, and also visited California Adventure with Harper’s parents, Kirsten Storms and Brandon Barash- both of them at the same time!

Harper’s parents are divorced and share custody, and usually they are not together when Harper goes somewhere special, but this time they did so that is very special. Her cousin Riley got to go too, and one can see from the photograph that both little girls were just thrilled to meet the Disney Princesses and have their picture taken one of them!

Kirsten writes on Instagram, “Brandon and I took Harper to Disneyland & California Adventure yesterday to celebrate her 6th birthday. Harper and her cousin Riley were almost speechless when they met the Disney Princesses (which was my favorite moment of the day).”

Harper’s mommy currently plays Maxie Jones in ABC’s General Hospital, and Harper, as a baby, played Maxie’s daughter Georgie Spinelli in several episodes between February and April 2015. Mommy got to take baby Harper to work, and fans got to see baby Harper as well! Kirsten started her acting career in NBC’s Days of Our Lives, and played Belle Black from 1999 to 2004.

In 2004, she acted in a primetime television series called “Clubhouse” on CBS, but sadly, it was cancelled after only five episodes. In 2005, she took on the role of Maxie, and has been there ever since other than a couple or so leaves of absence, one for the birth of Harper Rose and the others for other health issues. Kirsten has also guest starred in other primetime series and played Maxie in the General Hospital spin-off series, General Hospital Night Shift, which ran on the Soap Network.

Brandon and I took Harper to Disneyland & California Adventure yesterday to celebrate her 6th birthday. Harper and her cousin Riley were almost speechless when they met the Disney Princesses (which was my favorite moment of the day). ♥️

Brandon most recently played Stefan O. DiMera in Days of Our Lives, although he also played mobster Johnny Zacchara in General Hospital, where he and Kirsten met. He has also guest starred in primetime television series, such as West Wing, the Kiefer Sutherland series 24, and his favorite, as Ernest Hemingway on Timeless. He is set to reprise his role as Stefan O. DiMera on Days of Our Lives sometime in the spring or summer of 2020.

Keep checking Celebrity Baby Laundry for all the latest news, updates and developments!