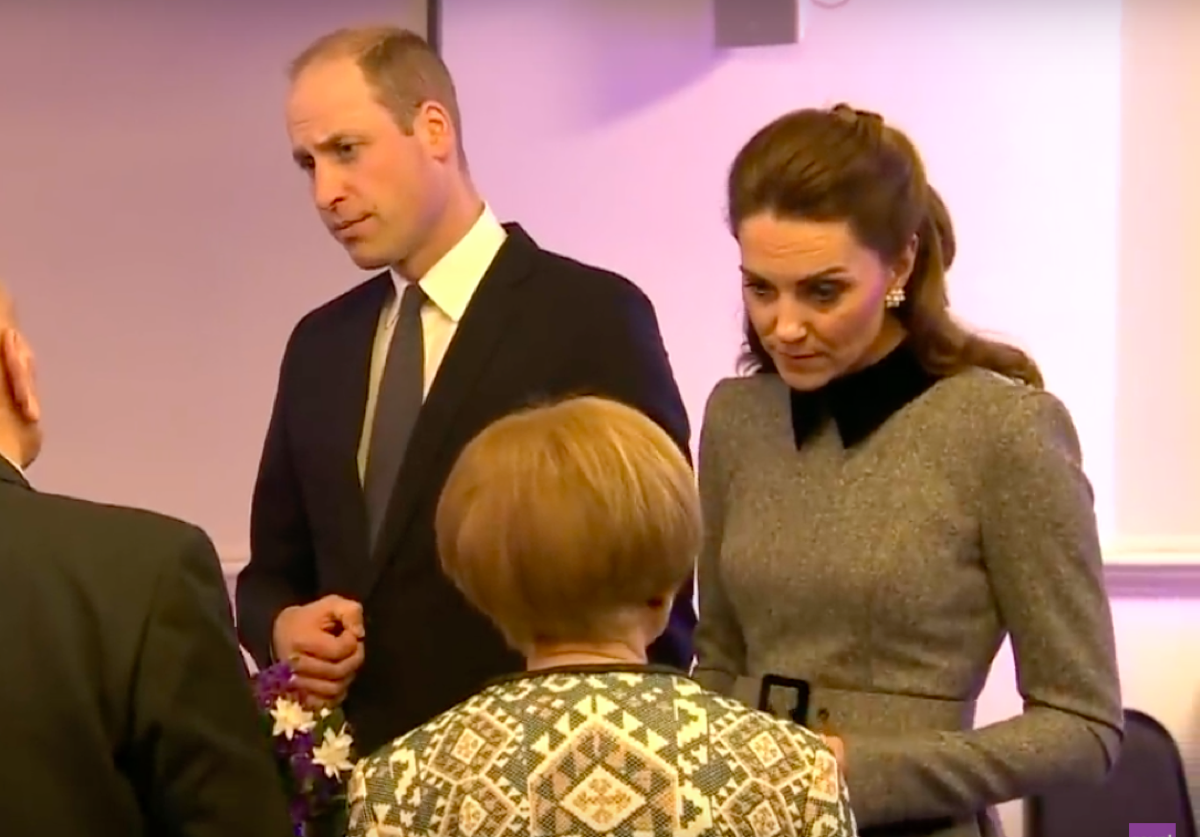 Prince William and Kate Middleton attended a Westminster service to commemorate Holocaust Memorial Day. They revealed the difficult conversation they had with their children. They have spoken to their three children about the Holocaust.

The couple joined the Holocaust survivors in London to celebrate the 75th anniversary of the liberation of Auschwitz-Birkenau, as reported by Good to Know. Mala Tribich, a survivor from the Bergen-Belsen and Ravensbruck concentration camps asked the duchess about her children.

“We were talking to the children about it earlier today,” Kate admitted. “But we have to be, you know, for a six-year-old… the interpretation.” Kate had to explain it in a way to Prince George that was appropriate for the young boy. The Duke and Duchess of Cambridge spent time with the 12 survivors of genocide, including those who were persecuted by the Nazis and others from Bosnia, Cambodia, Darfur, and Rwanda.

They also lit candles in memory of those who were killed. Seventy-five candles were lit to commemorate to the 75 years since Auschwitz was liberated.

Prince William Read A Letter From His Great-Grandmother Princess Alice

Prince William read a letter from his great-grandmother Princess Alice. She helped a Jewish family escaped during the Holocaust. In the letter, William revealed how Princess Alice helped hide Rachel Cohen and her daughter, despite knowing the dangers. Mala Tribich also spoke out about how she was transported to Sweden following her liberation.

“I feel like it is my duty to speak for all those whose voices were silenced and tell of those dark days in Europe,” Tribich said. “By speaking out it is my greatest hope that something positive will be handed down to future generations.” Kate also spoke to Holocaust survivor Yvonne Bernstein, who she was photographed with at Kensington Palace for an upcoming exhibition.

Those photographs were released on Monday, Jan. 27 to celebrate Holocaust Memorial Day. They will appear in a special exhibition later this year. This news comes after Kate unveiled a new project during her trip to Birmingham.

How To Host A Great Valentine’s Party With The Kids