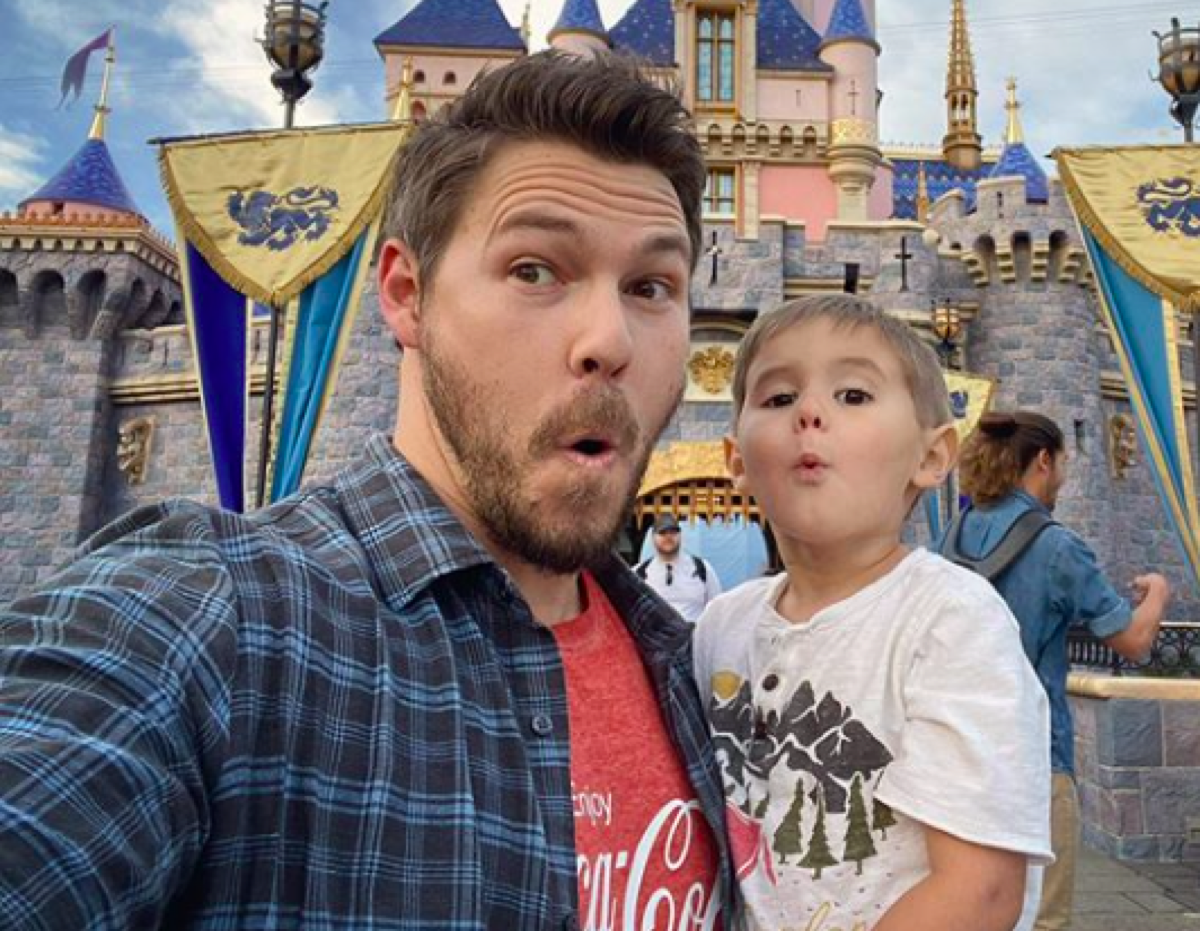 Scott posted the event on Instagram recently with a photo of him holding his son in front of the famous castle which used to grace the intro to the television show “The Wonderful World of Disney”. He posted, “Ford’s first trip to #Disneyland (part 1)!

Basically the only legitimate reason to have children is to take them here. #livingvicariously.” He then posted another photo of Ford sitting beside him in the seat of a ride that may have been a roller coaster type ride, and posted: “Ford vs. #Disneyland, Part 2: The Mickening” obviously making a pun of “Mickey”. Ford looks a little nervous – maybe Daddy should have asked him first if he wanted to go on that ride instead of Daddy enjoying the ride vicariously through son – after all, he did admit it in Part 1!

Small children will usually ALWAYS tell parents what they WANT, but not always what they DON’T WANT – unless, of course, it’s spinach or creamed peas or something like that!

Ford’s first trip to #Disneyland (part 1)! Basically the only legitimate reason to have children is to take them here. #livingvicariously

Scott Clifton was nominated for 5 Daytime Emmys during his daytime drama career; three for his work as Dillon Quartermaine on ABC’s General Hospital, one for his work as Schuyler Joplin on ABC’s One Life to Live, and one for his work as Liam Spencer on CBS’ The Bold and the Beautiful. Scott was born on Halloween . He was born and raised in the greater Los Angeles area, and gained interest in acting at a very young age: he was just 9 years old when his mother gave him a copy of Shakespeare’s “Hamlet” and introduced him to a friend who was an actor.

At age 16, Clifton appeared in commercials and scored his first professional acting jobs. Later, he guest starred on such TV shows as “Roswell” and “Judging Amy” and landed parts in some rather lackluster movies, but his big break came when he landed the role of Dillon on General Hospital!

Check out CBS’ “The Bold and The Beautiful” to see Scott, and check Celebrity Baby Laundry frequently for all the latest news, updates and developments!