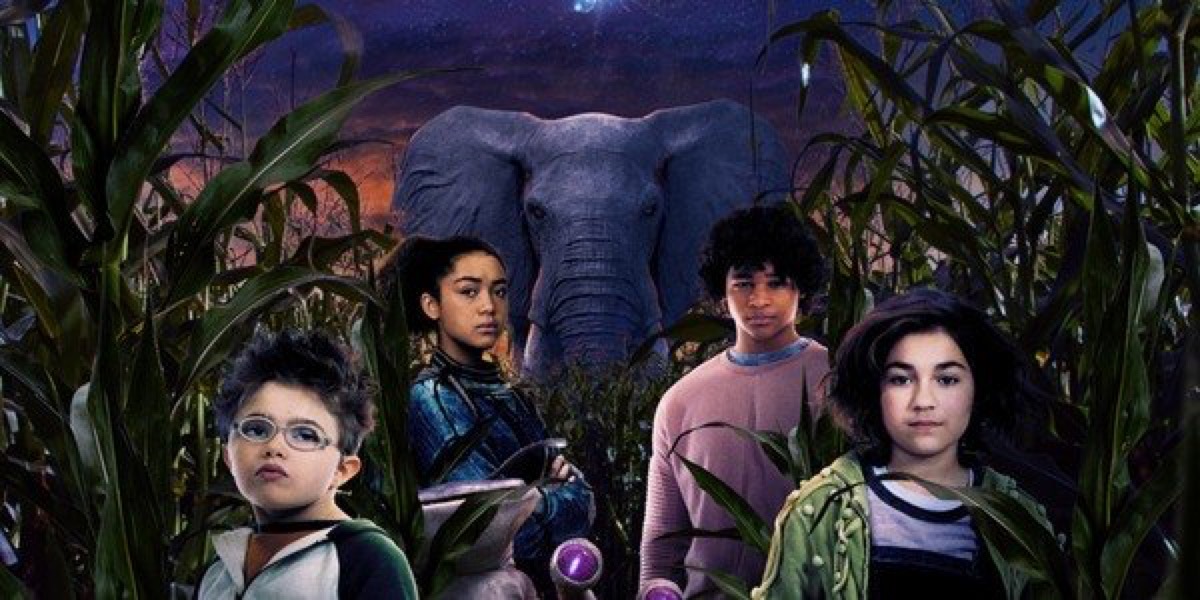 Endlings is a new sci-fi show for kids that just dropped on Hulu. Should you watch it or skip it? It’s rare when there’s a sci-fi show that’s geared towards kids or teenagers. Canada’s Sinking Ship Entertainment already found success with the reboot of Ghostwriter on AppleTV+.

Now the company is transitioning from ghosts to aliens in its latest series. Endlings is a series that’s set in the year 2040 and is about a woman named Abiona (Oyin Oladejo), who studies the last African elephants on the continent.

Endlings Is A Series That’s Set In The Year 2040

Two elephants have died, leaving Toku as the lone survivor of his species. The last of a species is called an “endling,” and it seems like there are more than one of them. One day, Abiona notices an extraterrestrial ship beam Toku up. Over in Canada, a girl named Julia (Kamaia Fairburn) is transported to her foster home.

But she keeps getting kicked out for her bad behavior. Or, she ends up running away. Every time she leaves, she gets transported back. How do their two worlds intersect? Well, you’ll have to watch to find out.

Endlings is produced by CBC and Hulu. It first premiered in Canada earlier this month. The series is produced by Sinking Ship Entertainment, which is responsible for kid’s shows like Ghostwriter and Odd Squad. However, this show is aimed towards a preteen audience.

Endlings Is Produced By CBC And Hulu

Don’t let the plot fool you. Most of the stories are positive, and the CGI depicting the alien is not as scary as it seems. The aliens are more bizarre than creepy or scary, according to Decider.

The good thing about Endlings is that it doesn’t even feel like a kid’s show. While the characters are upbeat, they don’t act like precocious children. Viewers don’t even realize why Julia has been in and out foster homes several times.

She never really says anything absurd that deserves her to get the boot. Since there are deaths and fighting with the aliens, this show is for an 11+ crowd. The verdict? You should watch Endlings. It’s a great show that will help kids understand why certain species are endangered or extinct. They also get to enjoy the sci-fi aspect of this series.