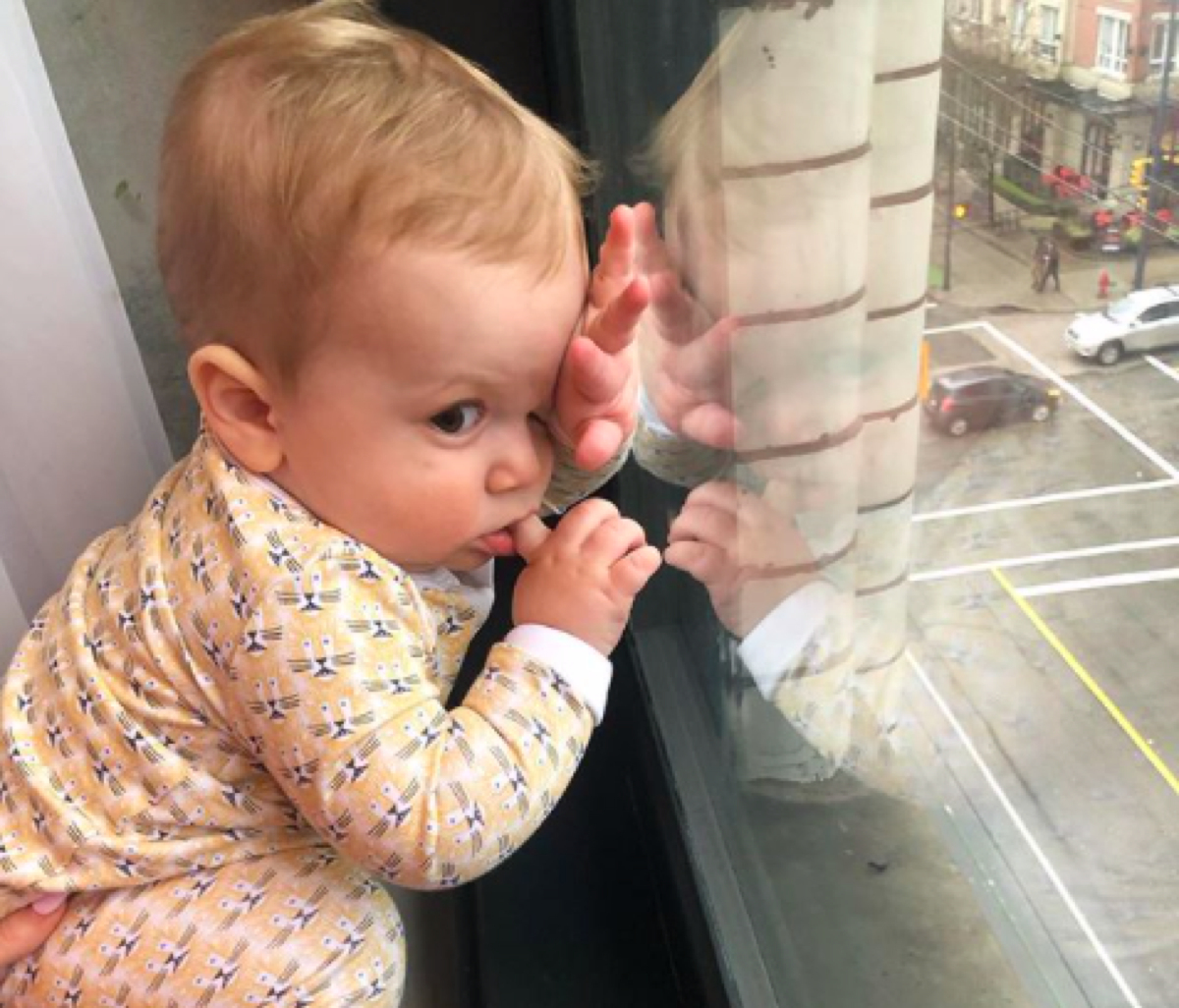 Days Of Our Lives spoilers teases that Farah Fath Galfonds baby boy, Spencer Keith Galfond, looks quite bored as he sits looking out a window on a rainy day!

Spencer just turned two on December 31, and his mommy posted on her Instagram along with the photo, “Rain rain go away”. Spencer would probably rather be outside playing, but the weather is not cooperating! Farah and her husband Phil Galfond announced his birth on Instagram also, rather humorously as she posted along with his hospital photo: “New Years Eve was a different kind of party this year!”

Spencer is his parents’ first child, after Farah suffered a miscarriage on their first try at becoming parents. She had posted when she found out she was pregnant with Spencer, “2.5 years ago, Phil & I lost our first baby at almost 13 weeks, we were this close to announcing just like we are today.

Days Of Our Lives spoilers: Spencer Is Farah Fath Galfond’s First Child After A Miscarriage

We took a little time to recover, live our lives, have some fun, & accomplish some goals. Once we got back in the saddle, getting pregnant again seemed to keep not happening. But at last, we have found ourselves blessed with what the internet calls, our “rainbow baby”. I think it’s fitting because to me, rainbows are one of nature’s most beautiful occurrences.

So even though our road to becoming parents was slightly bumpy (some women have it SO much worse!), we never once felt sorry for ourselves. Instead, we continued to feel extremely blessed no matter our destiny. Personally speaking, I was always at peace with whatever our future held because it’s Phil that is the most important thing in the world to me. Our relationship is all I truly need.

But now that I know we are in fact meant to be Mom & Dad, I’m mostly just excited because I’m on this adventure with my BFF. (Next post will be about how AWFUL first trimesters are and how completely miserable I was…?) #pregnancyannouncement #pregnant #decemberbaby #rainbowbaby”

Farah LeeAllen Fath was born in Lexington, Kentucky on May 1st, 1984. When she was only five, she decided to start a career in show-business. After finding success as a child model, she turned her attention to acting and at the age of 15 nabbed her first audition for the role of Mimi Lockhart on Days of our Lives. She would continue in the role for almost 8 years until 2007 when she moved to New York and took a part on One Life to Live (a part that was written specifically for her).

After One Life to Live was canceled in 2011, Farah moved back to Los Angeles where she played in a short reality show, Dirty Soap, then reprised Mimi Lockhart on Days of Our Lives for an arc in 2018. Farah dated her One Life to Live costar John-Paul Lavoisier, who played Rex Balsom, the boyfriend of her One Life To Live character, Gigi Morasco, from 2008 to 2013. In November 2014, Soap Opera Digest reported that Fath was engaged to her boyfriend of two years, Phil Galfond.

Watch for Farah on television, and keep checking Celebrity Baby Laundry frequently for all the latest celebrity baby news, updates and developments!