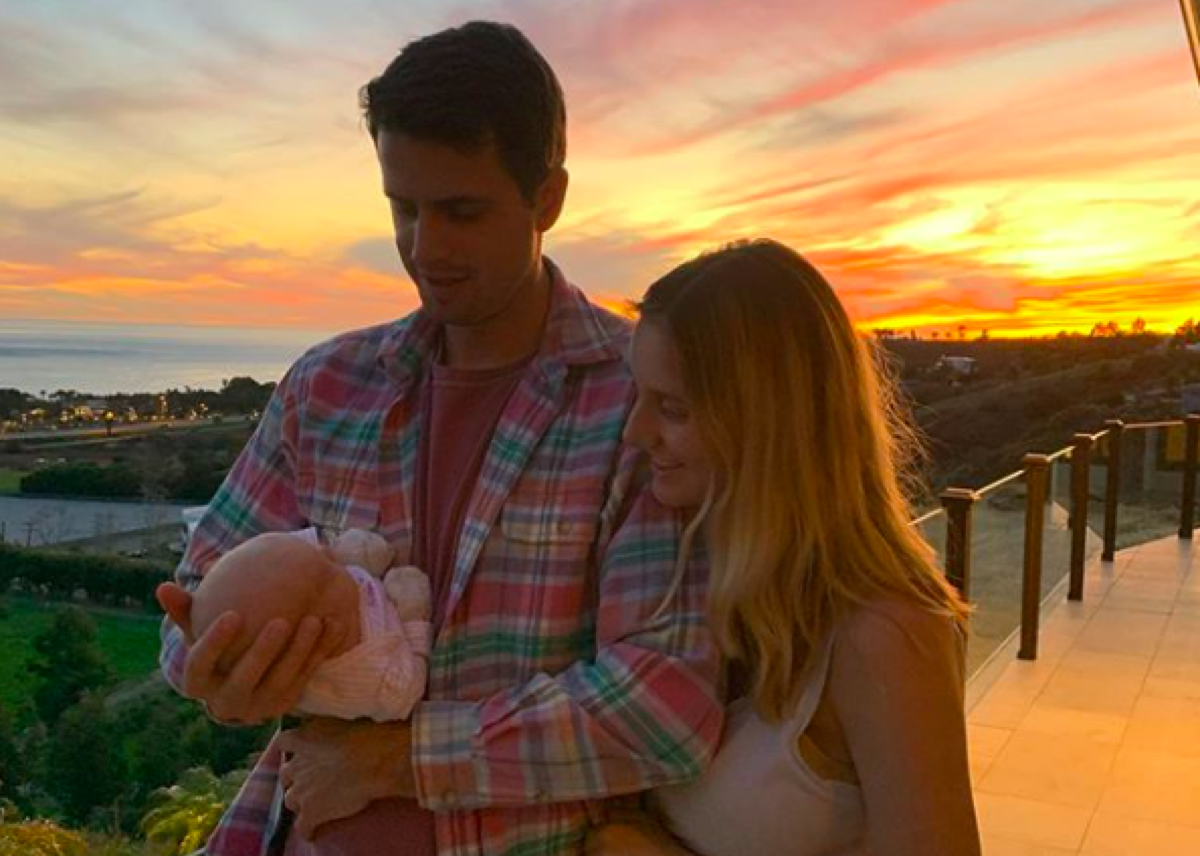 General Hospital spoilers reveal that actress Jaclyn Zeman enjoyed family time at sunset, as she posted a sweet photo of her daughter, her husband, and her granddaughter on her Instagram account recently.

Jacklyn posted a photo of her daughter, son-in-law and granddaughter in her son-in-law’s arms posing in front of a gorgeous sunset, and wrote: “Family time at sunset now. #malibusunset #familytime #love #saturdaynight @cassidy_zee @cuttermacleod”.

Jackie’s daughter Cassidy MacLeod gave birth to her granddaughter Kennedy on December 20 2019 and proud grandma Jackie has posted numerous photos of Kennedy especially on her Instagram. Kennedy Elise MacLeod is Cutter and Cassidy’s first child, and it is obvious that she’s Jackie’s first grandchild! Jackie even posted her birth announcement on her Instagram account, as follows: “Cassidy and Cutter’s beautiful little Girl was born on Friday 10 days early!Kennedy Elise MacLeod. Welcome to the world.

We love you. You are the greatest gift. Truly a Christmas Blessing. We have so much to celebrate. Wishing Everyone love, joy, and many blessings.” Jackie is a first time grandma, and she is thoroughly absorbed in that role! That baby undoubtedly will be spoiled rotten by Grandma Jackie! Parents Cutter and Cassidy look quite adoring of their new tiny one as well, judging by the looks on their faces in this photo.

Jackie is an actress and designer, known best for her role as Barbara Jean “Bobbie” Spencer, younger sister of the immortal character Luke Spencer (Anthony Geary) on the ABC daytime drama “General Hospital”, a role she has played since 1977. She also played Lana McClain on the defunct ABC daytime drama “One Life To Live”, and is co-host of “Make This Place Your Home” on TLC, otherwise known as “The Learning Channel” on cable, and Sofia Madison on “The Bay”, an online daytime drama on Amazon.com.

She also has a website, jacklynzemanbeauty.com where she sells beauty essentials. Jackie is also a dancer, and began training for the classic ballet at age 5. She was later accepted into the New Jersey Dance Company at age 15, and accepted a scholarship from New York University at age 15 to pursue a major in dance. The dark-haired beauty later decided to try acting, and has become a staple of daytime drama (aka soap operas).

Check out ABC’s “General Hospital” to see Jackie, and check Celebrity Baby Laundry frequently for all the latest baby news, updates and developments!

The Bold and The Beautiful Spoilers: Jennifer Gareis Posts Three Generations – Mom, Daughter and Her