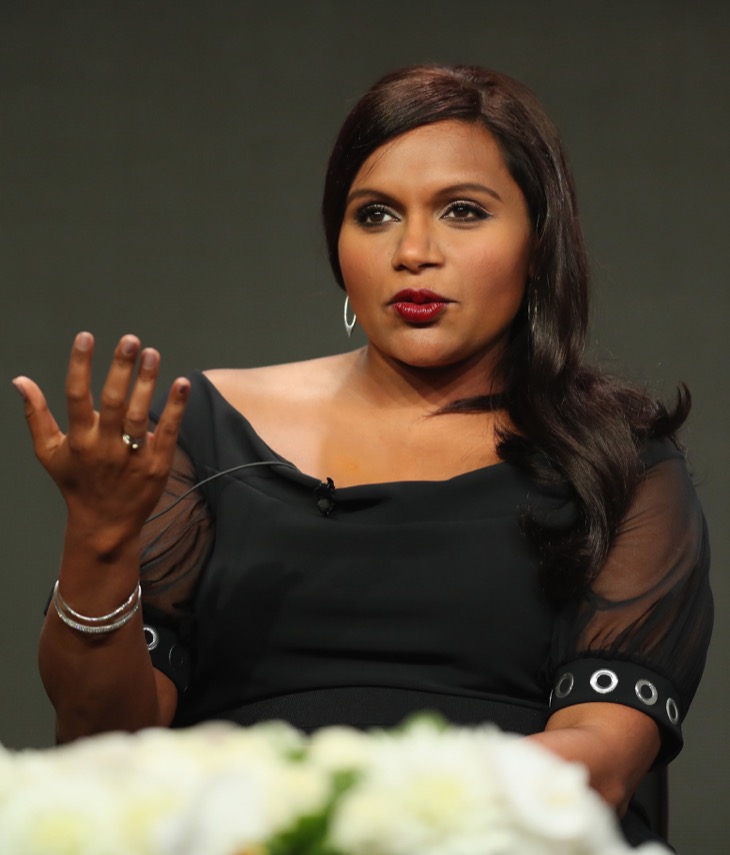 Mindy Kaling is a new mom! The television actress recently gave birth to her daughter and now she’s opening up about her very special name: Katherine Swati. She chose the middle name to honor her late mother, Dr. Swati Chokalingham, who died from pancreatic cancer back in 2012. Mindy found out about her mother’s death during the same time she was told that her hit television show, The Mindy Project was being picked up by the Fox network.

It wasn’t too long ago when Mindy opened up about her mother and credited it her for not only inspiring her, but being the rock in her life.
She told The Today Show in an interview, “My mom was incredibly fierce and so devoted to us, just loved us and really wanted us to be happy no matter what we did. My career choice was not something that she was familiar with and she was just so supportive of that. If I could give that to my child, just that open-mindedness, I’d be so happy.”

Related: MATTHEW MCCONAUGHEY & FAMILY GET INTO THE HOLIDAY AT WALT DISNEY WORLD

Mindy gave birth to her daughter on Friday, December 15. Reports indicate that both baby and mother are doing fine. Although, reports say she did leave out any information regarding the baby’s father on her birth certificate. At this point, it doesn’t look like Mindy will be revealing the identity of her daughter’s father anytime soon.

So far Mindy has not made any comments about her new life as a mom, nor has she released any photos of little Katherine. Some believe that Mindy might not be the kind of celebrity mother who will be sharing behind-the-scenes photos of her daughter on social media. Instead, she will most likely try to keep her new life as a mother away from the cameras and the public spotlight.

In the meantime, don’t forget to check back with CBL for all the latest news and updates on Mindy Kaling and all of your favorite celebrity parents right here!