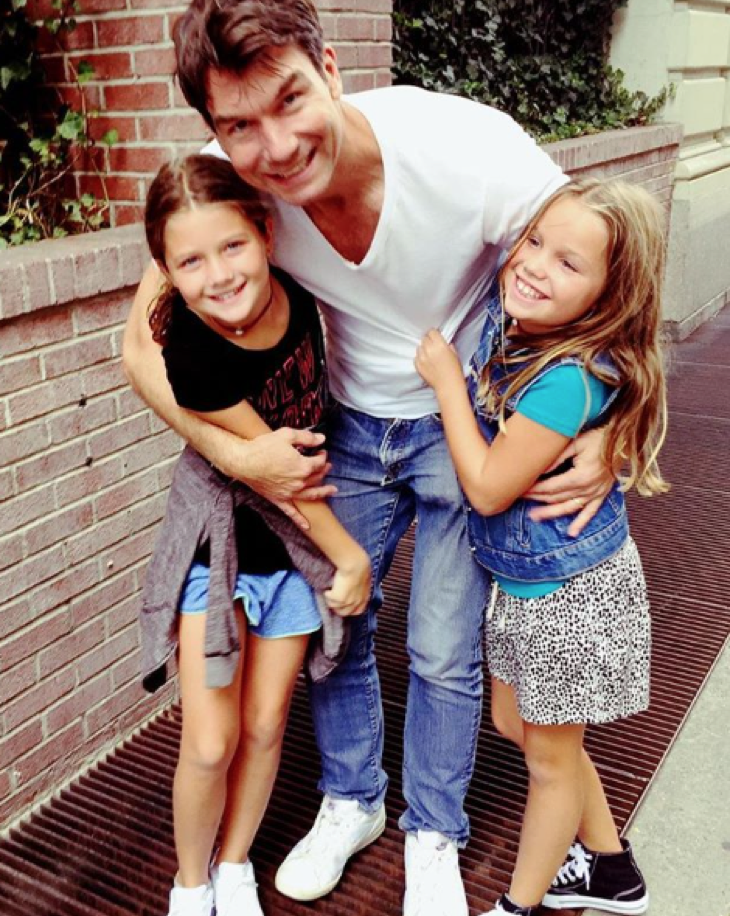 While there’s no doubt that a lot of fathers like to call their daughters little princesses, Jerry O’Connell actually wants his two daughters to be future royal princesses. The Hollywood actor recently teased that he would love to see his twin daughters, Dolly and Charlie, grow up to be just like Meghan Markle. The actress is currently engaged to Prince Harry.

Jerry, who is married to former model Rebecca Romijn joked that each time he sees Meghan Markle on television, he tells his girls that they should think about her when they choose their future boyfriends. Because every real true life princess deserves a prince, right?

According to Us Weekly, Jerry said, “They can date anyone they want when they grow up, but I’m using this Meghan Markle thing as a point of reference for them. Guys this is what I’m talking about. Meghan and a prince. This is what I expect.’ That’s the bar now. I would be cool with them marrying a royal. Anytime Meghan Markle is on the news, I point to them and go, ‘Girls there she is. That’s a princess. That’s what I’m talking about.’ I’m trying to motivate them.”

What’s more, Jerry also added that he and his wife Rebecca are excited and looking forward to Prince Harry and Meghan Markle’s wedding. The royal couple will tie the knot on May 19, 2018, in Windsor Castle. And while everyone across the pond will be celebrating their royal love, Jerry says that he will also be throwing a little party for Harry and Meghan at his house, too.

“We’re actually super stoked for that wedding. May 19th!” he said. “My wife and I are going to throw a party. I’m dressing up. I’ll be serving Pimms or whatever they drink over there. Tea and Pimms.”

Keep up with CBL for all the latest news and updates on Jerry O’Connell and all of your favorite celebrity parents right here!