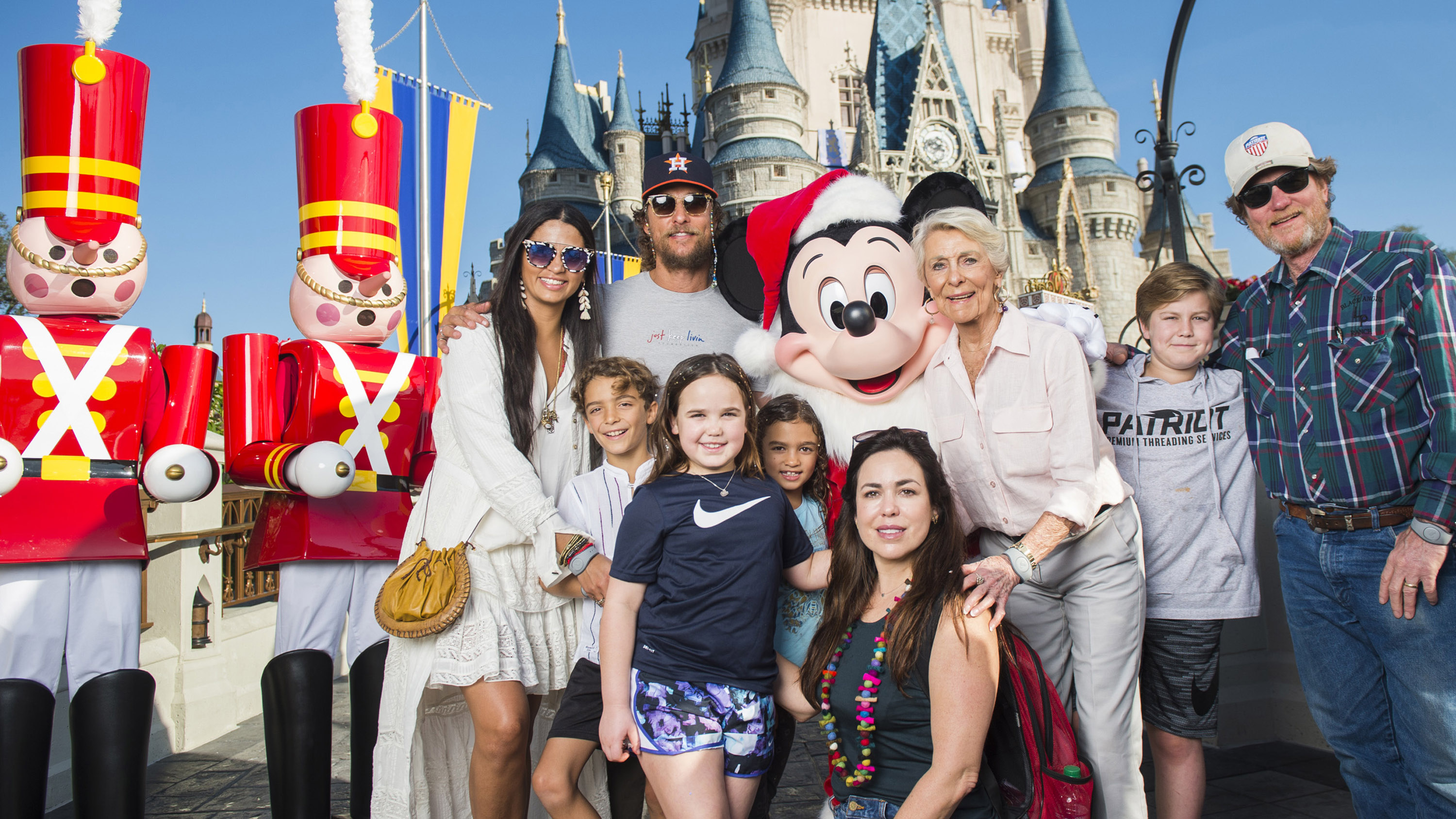 The Dark Tower actor is dressed low-key in a baseball cap and dark shades with a grey t-shirt and jeans. He embraces his wife while posing next to a Santa-outfit wearing Mickey Mouse. Alves holds Levi while his sister stands next to the mouse.

Earlier in the year, McConaughey revealed that he always knew he wanted to be a father.

The star and Alves are also parents to son Livingston.