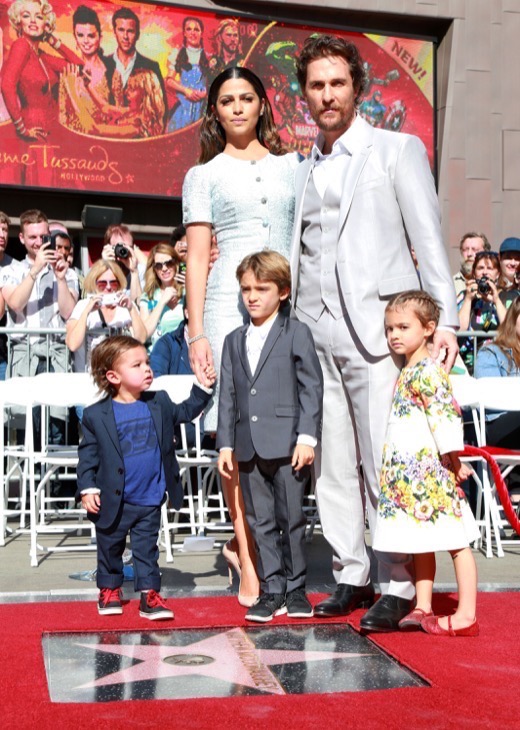 Matthew McConaughey brought along his family while officially receiving a star on The Hollywood Walk Of Fame during the unveiling ceremony in Hollywood, CA on Monday (Nov. 17).

The Intersteller wore a light grey Dolce & Gabbana suit while being honored at the ceremony. He happily posed for pictures next to the star with his wife Camila Alves and their children Levi, Vida and Livingston.

During his speech, McConaughey spoke of how important this day was to him.

“It is a special day for me. This is a great moment in my career and my life…I only saw two or three films before I was 18 years old. I got my first job in Austin, Texas, on a film called Dazed & Confused…alright…yeah, I got my first job there, little did I know it’d turn out to be a career and something that I’ve learned to love and am learning to love even more,” he told.

3 Tips for Staying Fit and Active as a Family