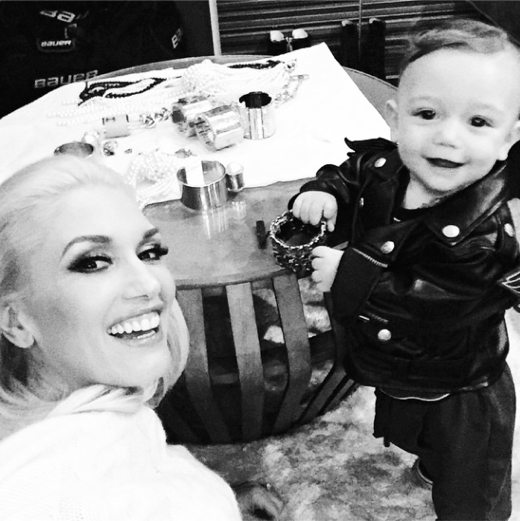 Gwen Stefani took a break from work on the set of The Voice to share a sweet shot of her son Apollo on Monday (Nov. 17).

“Hangin’ @nbcthevoice gx,” the singer captioned the shot of herself and the 8-month-old who wore an adorable motorcycle jacket while playing with her bracelet.

In an interview with Late Night host Seth Meyers, Stefani revealed she sees Apollo as a miracle after her eldest son Kingston continuously prayed for another sibling.

“He has a direct link to God, basically,” Stefani joked. “He asked me, ‘Mom, are you gonna have a baby? I want you to have a baby.”

Kingston prayed and eventually got his wish.

“And four weeks later, I was pregnant!” she said.

Stefani and her husband of 11 years Gavin Rossdale welcomed Apollo in February.