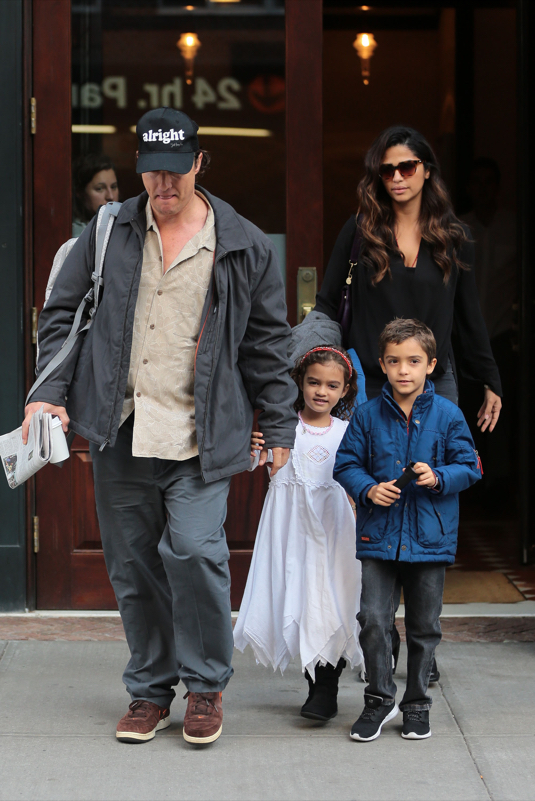 The True Detective actor was dressed casually in a dark jacket, beige dress shirt an baggy pants while exiting an eatery. He held the hand of his daughter while his son walked besides them. Alves followed behind.

Over the past months, McConaughey has gained weight to the point he has a pouch for his new film, entitled Gold.  To complete his new appearance he has also gone bald on the top of his head.

The actor is also altering his appearance with a prosthetic nose and false teeth while on set.

In Gold, McConaughey plays the character of Kenny Wells, a middle-aged man works with geologist Michael Acosta (Edgar Ramirez) to find gold in the Indonesian jungle.