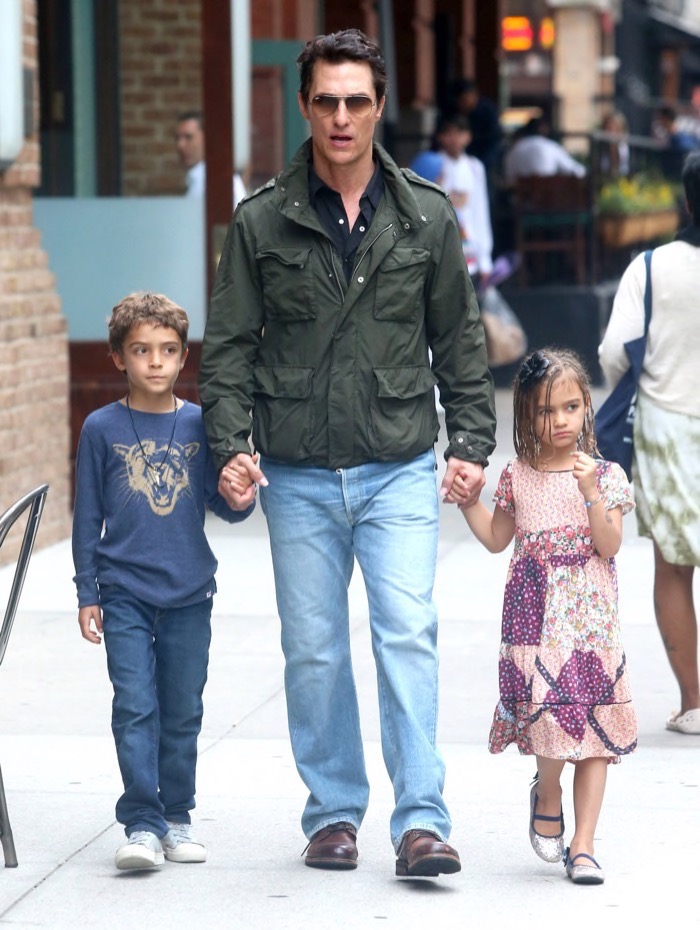 Matthew McConaughey was spotted enjoying a day out with his children, Levi and Vida in New York City, New York on Tuesday (June 28).

The Free State of Jones actor kept a low a profile in shaded aviator sunglasses with an army green jacket with jeans and shoes. He held the hands of the youngsters during their stroll.

In a recent in interview, McConaughey described the different personalities of his three children.

“[Levi is] the architect. Levi observes, Vida sees, Livingston does,” he shares. “[Levi is] the most considerate person I know but he loves to measure the anatomy of the situation. Very much a perfectionist like me. Vida just makes sense of situations. She cuts right to the nut of the answer real quick…Then Livingston is the doer. He’s the monarch.”

McConaughey is married to Camila Alves. The pair met in 2006 and married in 2012.