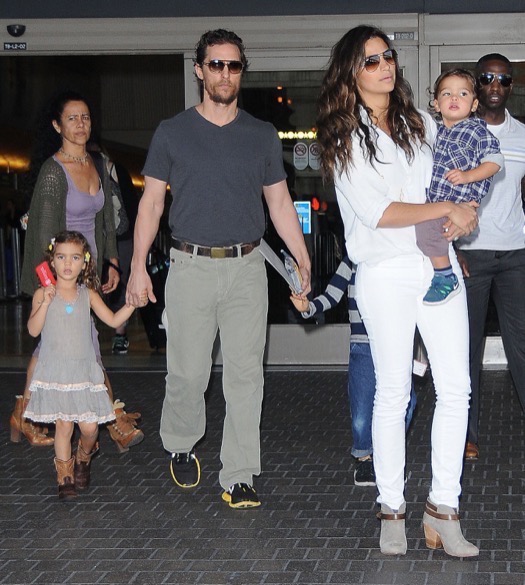 Matthew McConaughey, his wife Camila Alves and their children Levi, Vida and Livingston arriving on a flight at LAX airport in Los Angeles, CA on Friday (Nov. 14).
The Interstellar actor was dressed casually in a black t-shirt, khaki pants and running shoes. He held the hands of Levi and Vida while Alves carried Livingston.
Despite being a successful Hollywood actor, McConaughey insists he doesn’t forget where he came from (Texas) and his family is the most important thing to him.

“Family – having a wife and kids to come home to brings you back down to the common denominator,” he told.“‘I think I have a pretty healthy balance being able to appreciate accolades and attention and wealth and opportunity and knowing that those things come second to family. I don’t respect those other things any less, I just don’t revere them.”

Ways To Make Your Home Safe For Your Toddler