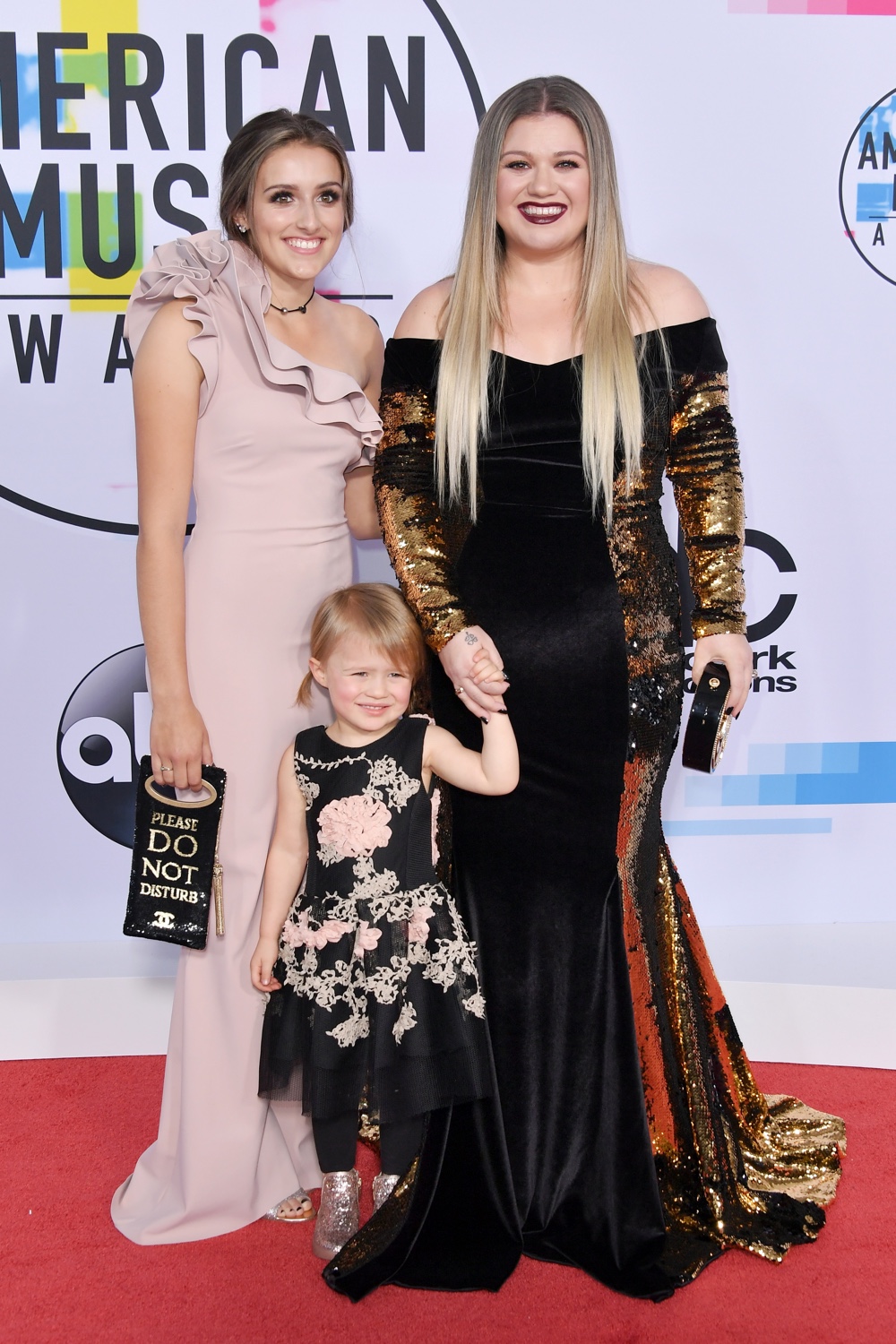 The singer wore a Christian Siriano gown while walking the red carpet with her three-year-old daughter River Rose and her step-daughter sixteen-year-old Savannah.

“It’s a girls’ night,” Clarkson told E! News ahead of the show. “They look beautiful. They’re color-coordinated … They’re beautiful, and they love this kind of stuff — more than their mom!”

Clarkson also revealed how she is able to promote her new album Meaning of Life while being a busy mom.

“I think it’s any working mom, any working parent’s struggle. It’s a balancing act. We do our best,” the 35-year-old told, while jokignly adding, “I am sure they will end up in therapy.”

Clarkson opened the show singing an updated take on R.E.M.’s Everybody Hurts, alongside Pink. The two honored all the first responders that have been forced to deal with numerous tragedies and natural disasters in 2017.

In other news, Clarkson will join the season 14 cast of The Voice and embark on a world tour in 2018.

The star is also mom to son Remmington and step-son Seth.

She is married to Brandon Blackston.

Tips for Getting Through the Toddler Stage with Twins