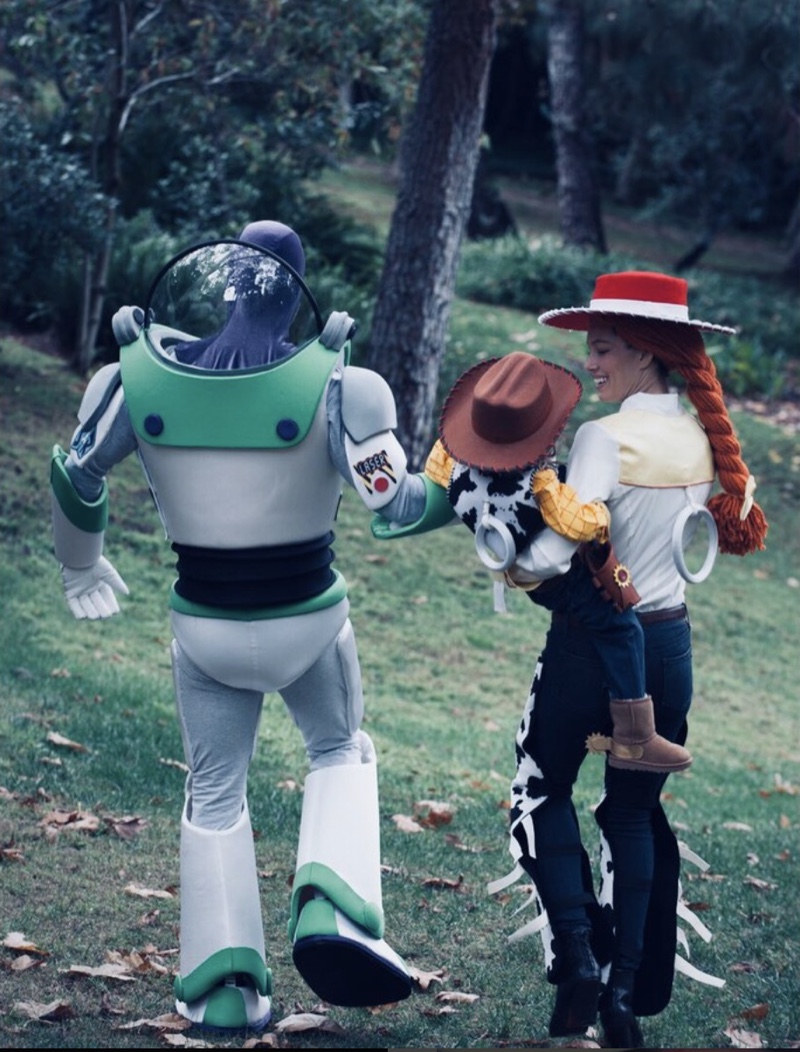 The Timberlake-Biel family had a Toy Story themed Halloween!

Justin Timberlake took to Instagram to share a shot of himself dressed as Buzz Lighter, his wife Jessica Biel as Jessie and their son Silas and Woody.

“If you see us in these streets then have your candy ready! Trick-Or-Treat, little homies! —Woody, Jesse, and Buzz,” the singer captioned the shot.

Timberlake recently confirmed that he will headline the Super Bowl LII Pepsi Halftime show next year with a fun video skit.

The performance will come 14 years after Timberlake’s controversial appearance in the 2004 halftime show when he removed a piece of Janet Jackson’s ensemble to expose her pierced nipple.