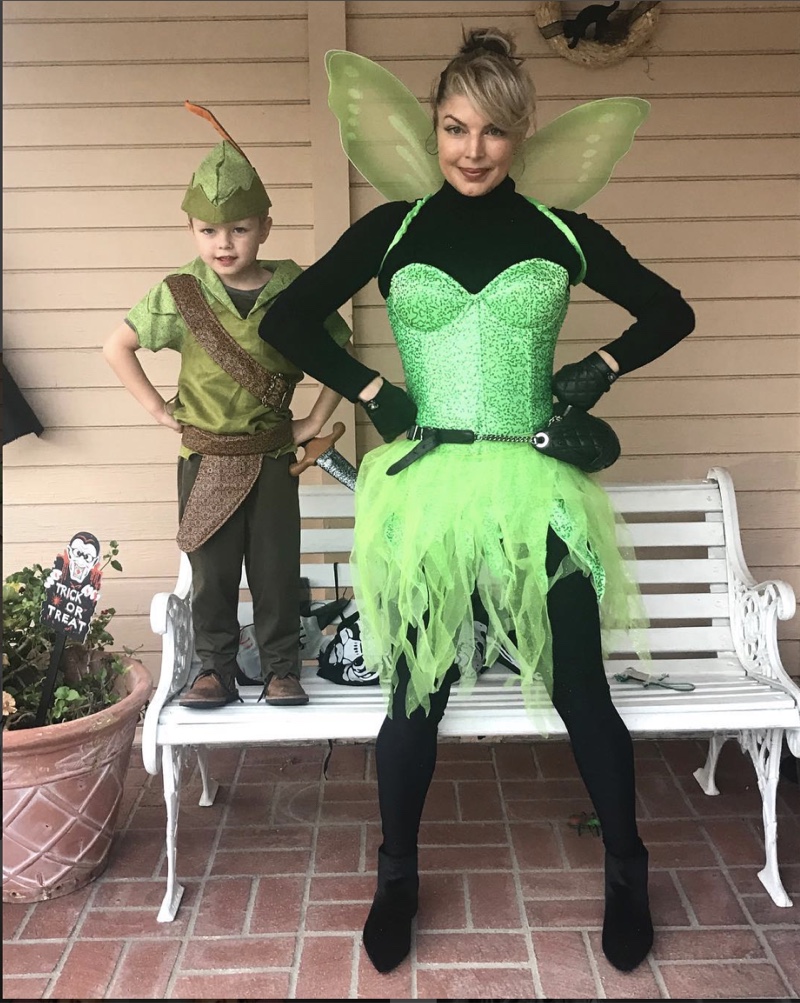 In the photo in which the singer shared to her Instagram account, she poses as an edgy Tinkerbell while her son is dressed in the traditional Peter Pan ensemble.

“Off to Never Never Land 💚💚,“ Fergie captioned the shot.

Fergie recently became emotionally overwhelmed while opening up about her split from husband Josh Duhamel during an appearance on The Wendy Williams Show.

“Yeah. It wasn’t my plan, I wanted to stay married forever,” she admitted during the episode. “He is [good looking], always will be. I love Josh, he’s the father of my child. We forever have that project together, and we’re doing the best we can.”

The singer also revealed that they’re continuing to co-parent their son together.

“Daddy has, we called it a ‘workhouse’ for a while, and now it’s just his house. We’re kind of transitioning into that, so he has really not felt a difference,” Fergie told. “We’re with him all the time, we’re not with him together all the time. We try to do a once a week thing where we’re all three together.”Fergie and Duhamel tied the knot in 2009.

The former couple tied the knot in 2009.

They announced their split in September.