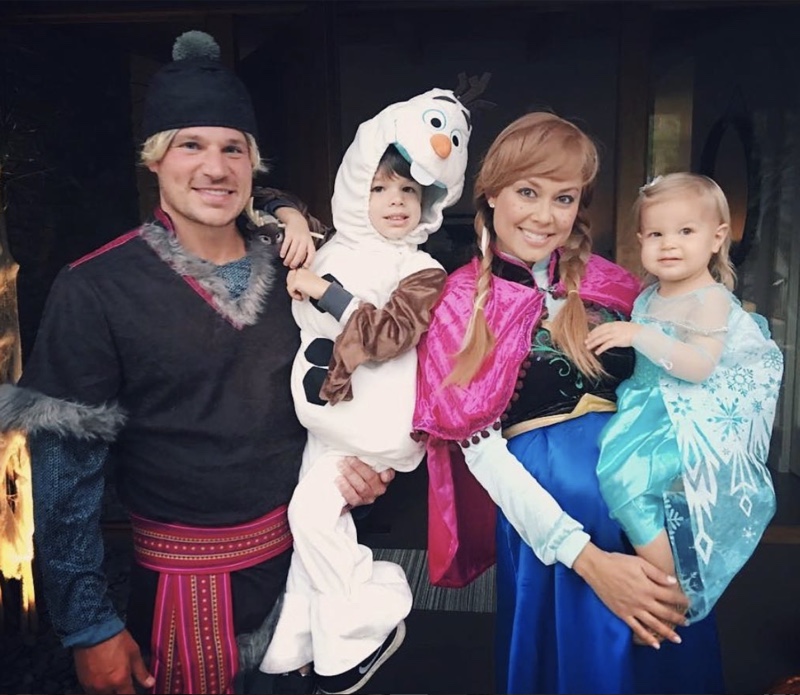 Nick dressed Kristoff and Vanessa as Anna from the animated Disney flick. Their son Camden wore an Olaf costume while their daughter Brooklyn was dressed in an Elsa dress.

“We didn’t get a chance to dress up as family this year so here’s a good throwback. Wanted to wish you all a happy Halloween! 🎃👻,” he captioned the shot.

Nick who was booted from Dancing with the Stars last week, revealed that he loves taking his kids trick-or-treating.

“It’s always fun, to be able to do that with the kids,” Nick told ABC Radio. “It’s such a highlight for them and, you know, we’ll put a couple of beers in a Solo cup and go strolling down the street and take the kids trick-or-treating.”

Vanessa is still competing on Dancing With the Stars.

The couple is also parents to son Phoenix.

Nick & Vanessa Lachey Get Ready for Disney DWTS with Camden