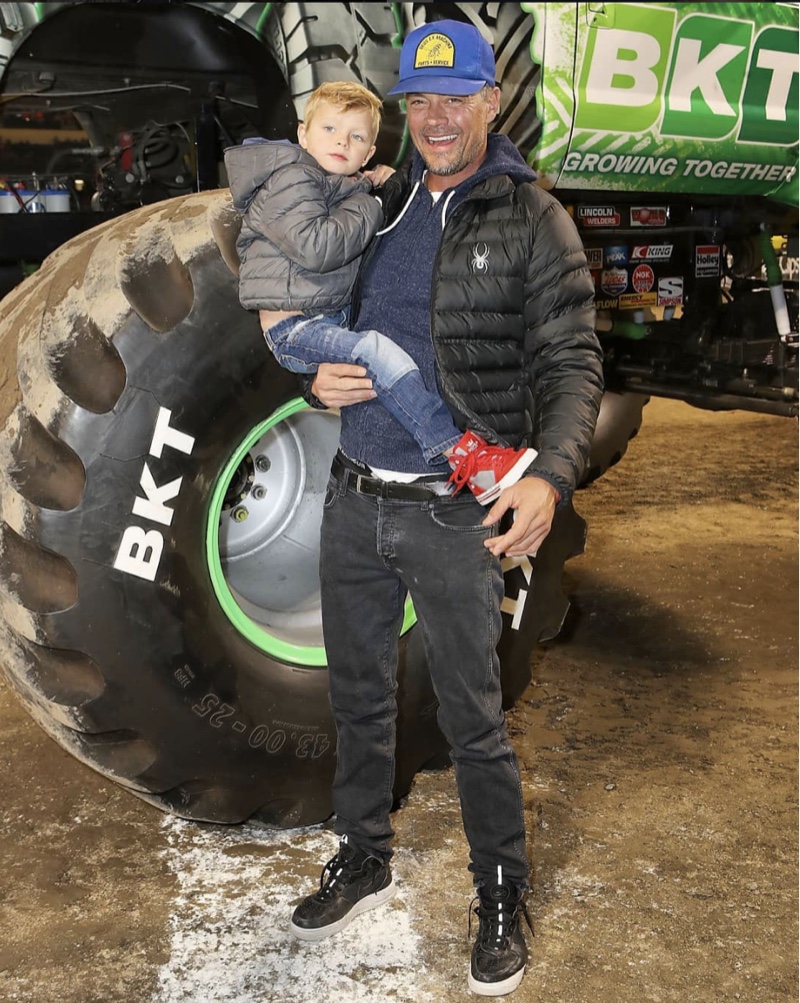 It’s a bonding day for Josh Duhamel and his son Axl.

The Unsolved actor took to Instagram to share a shot of himself posing in front of a huge truck while holding the youngster on his hip.

“Had a blast at Monster Jam!!,” Duhamel captioned the shot on Sunday.

Duhamel recently revealed that he is teaching Axl how to play his favorite sport – baseball!

“Anybody who has kids understands they have no idea what baseball even is or what they’re supposed to do, so I put M&Ms on each base,” the star told Ellen Degeneres while making an appearance on her daytime show. “And I set up the tee and I have him hit the ball, and he gets to go to first base if he gets the ball past me.”

“And every time he gets there, he gets an M&M,” Duhamel told. “So I don’t know if I’m going to have a kid with diabetes by the time he’s 7 years old, but he’s gonna learn how to play baseball.”

Duhamel shares the 4-year-old with his ex-wife singer Fergie.

The pair announced their split last year but remain committed to co-parenting their son together.