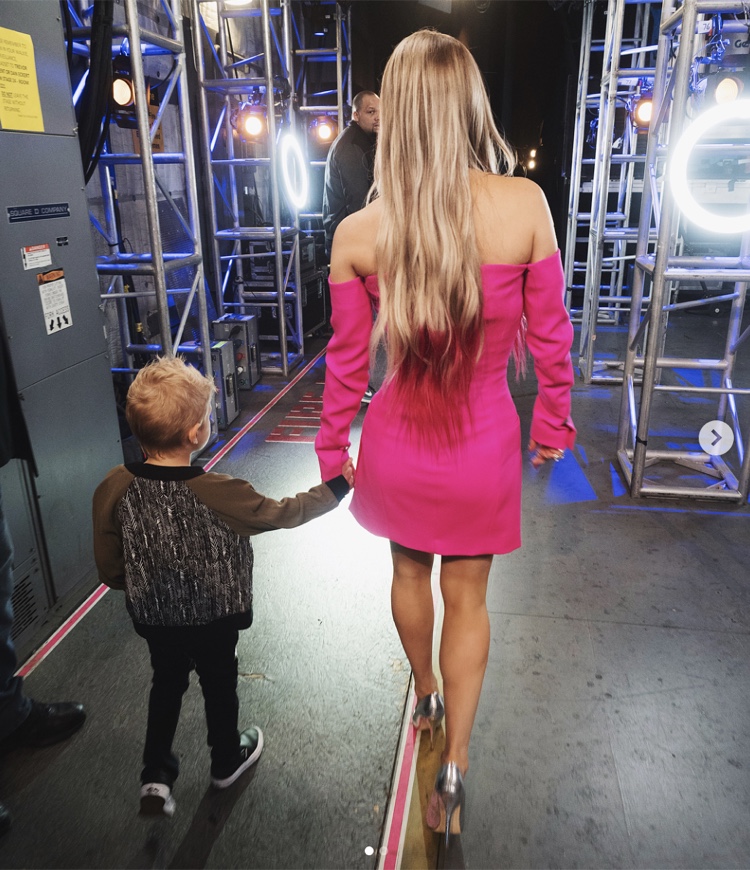 Fergie had a special visitor on the set of The Four!

The singer took to Instagram to share a shot of her and her 4-year-old son Axl walking hand-in-hand backstage.

“bring your cool kid to work day ❣️👩‍👦❣️,” she captioned the shot.

During a TCA panel for her new Fox singing competition series, Fergie revealed that she is not closed off from the idea of having more kids.

“You never know. I never say never. It’s definitely a new year and the circumstances are — new!” she told. “So, right now I’m not thinking about that because I’ve got so much on my plate and I’m just trying to be the best Mom for my little Punky Pie — That’s what I call him — He’s my little Punky Pie — I call him Punky, because he loves pumpkin pie!”

Fergie shares her son with actor and ex Josh Duhamel.

The pair announced their split last year, but remained committed to co-parenting their son together.