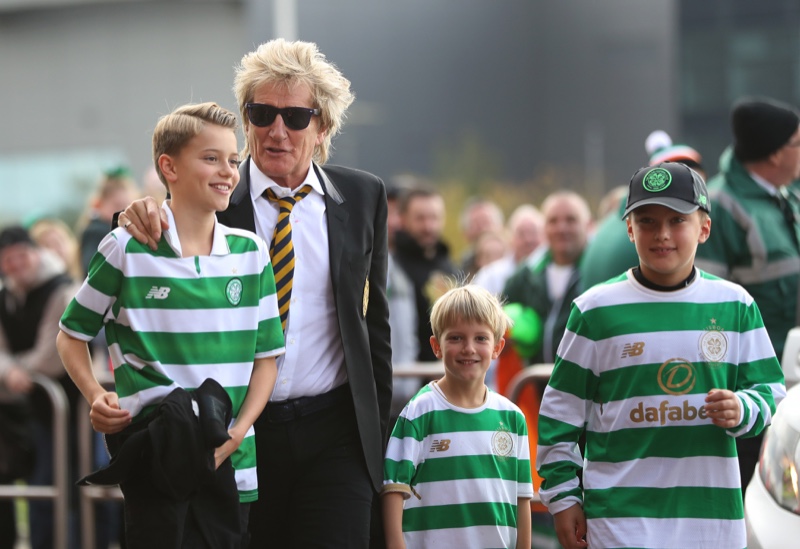 Rod Stewart enjoyed a night out with his sons Alastair and Aiden at the Ladbrokes Scottish Premiership match between Celtic and Hibernian at Celtic Park Stadium in Glasgow, Scotland on Saturday (Sept. 30).

The singer was dressed up in a suit and tie while he laughed with his 11-year-old on the way to their seats in the stadium. The boys who were accompanied by a friend wore green and white striped Celtic jerseys.

After becoming a father to Aiden, Stewart admitted that being an older dad was exhausting, but worth it.

“At my age, a new baby is bloody exhausting, it doesn’t stop, but I’m very lucky and proud to have had this happen in my life. Knackered or not, Aiden is a beautiful little boy,” he told the Daily Express in 2011.

Stewart is married to Penny Lancaster.

He has six other children from previous relationships.