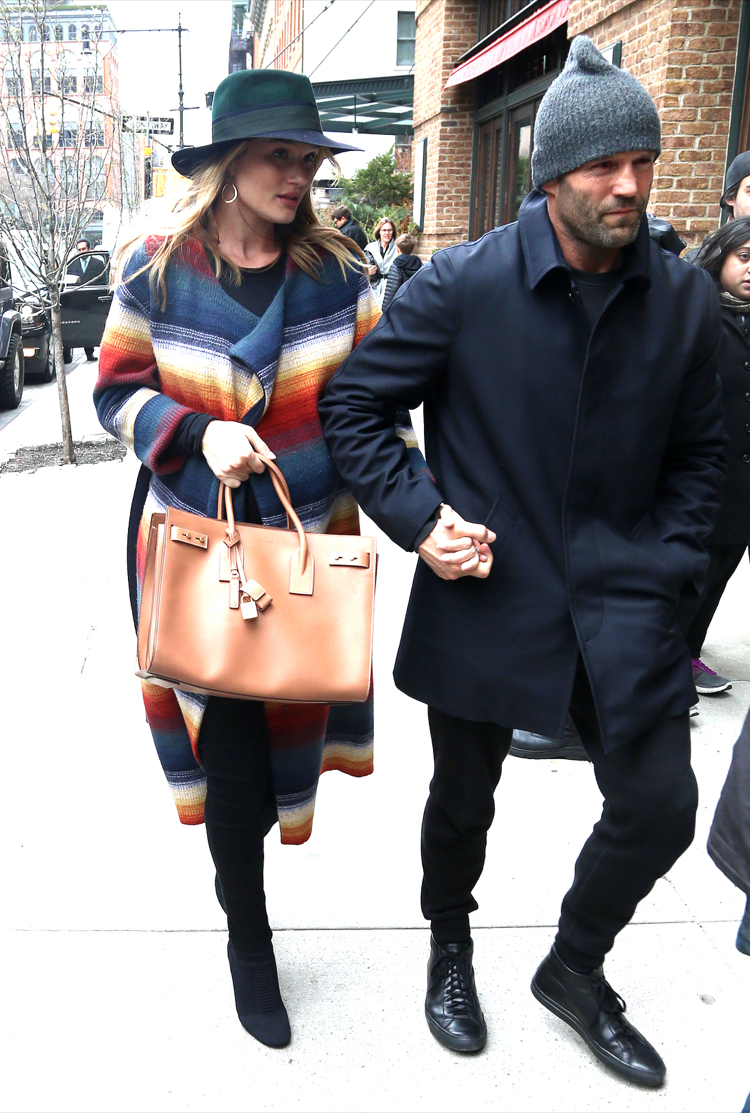 Rosie Huntington-Whiteley and her fiance Jason Statham were spotted out and about in New York City, New York on Friday (April 7).

The pregnant model hid her growing baby bump in and oversized knee-length coat, a black sweater and matching pants with heeled boots. Statham held her arm protectively as they left their hotel.

In February, Huntington-Whiteley announced she and Statham are expecting their first child.

“Very happy to share that Jason and I are expecting!! Lots of love Rosie x ❤👼🏼 Photo by @jasonstatham,” Huntington-Whiteley captioned the shot of herself showing off her tiny baby bump in a tiny bikini.

Things to Know When Visiting Walt Disney World with a Baby