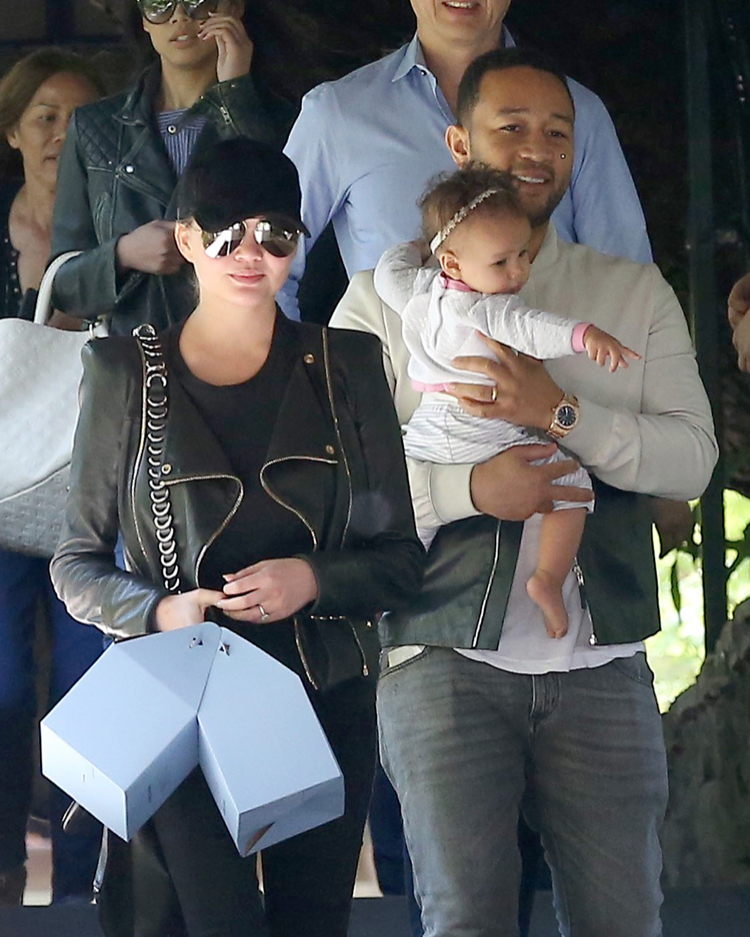 John Legend and his wife Chrissy Teigen were spotted leaving a party with their daughter Luna in Bel-Air, CA on Sunday (April 9).

The singer dressed in a leather jacket, a white shirt, and jeans while carrying the baby girl in his arms. Teigen looked stylish in a black outfit as she followed beside.

Legend recently revealed that he and Teigen live a low-key life in private.

“Chrissy and I cook to relax. I’m very good at making fried chicken, macaroni cheese, omelettes and pancakes… Then we just hang out and watch TV. Netflix and chill, as they say,” he told Cosmopolitan magazine.

The star and Teigen have been married since 2013.

How to Make a Birth Plan