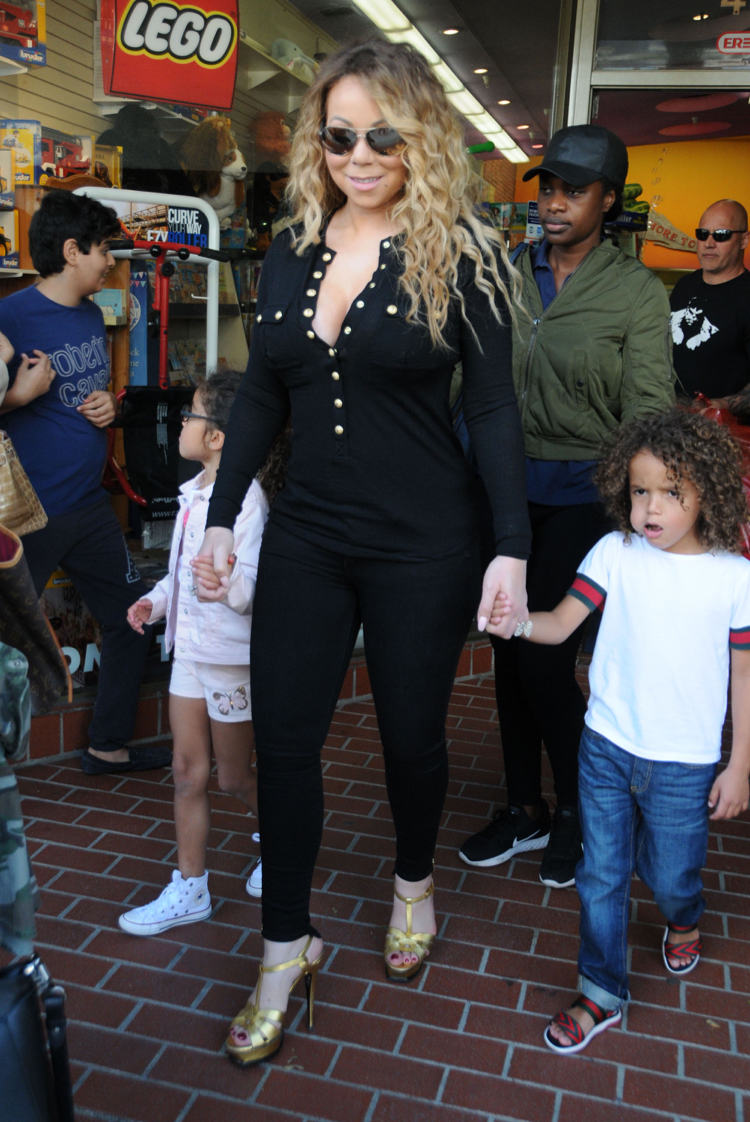 The singer was dressed in a black jumpsuit and gold heels as she browsed the aisles of the store. The children picked up two huge bags of toys that were carried by their bodyguards.

Carey and her ex-husband Nick Cannon reunited over the weekend to celebrate Easter with their children.

Carey and Cannon welcomed their fraternal twins in 2011.

6 Things You MUST Pack For A Flight With The Family