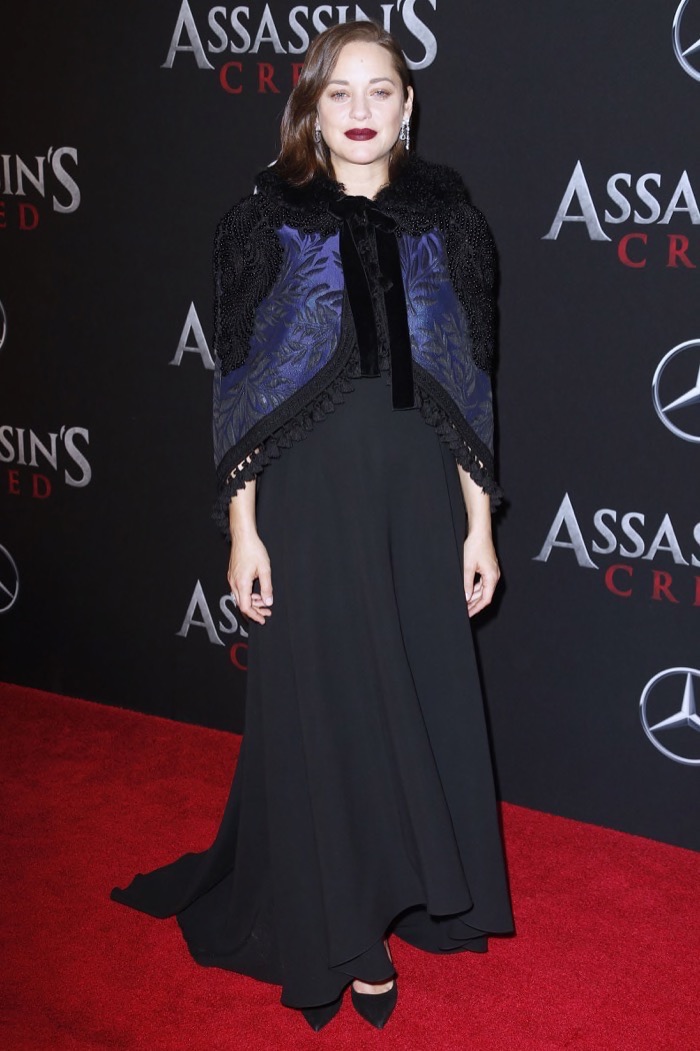 The pregnant actress was dressed in a long black gown with an embroidered wrap on top and black heels. She posed alongside co-star Michael Fassbender on the red carpet.

Cotillard recently revealed that she has changed her approach to work since becoming a mom to five-year-old son Marcel.

“Being a mother and an actress you have to find a different kind of balance in your life, because the projects I choose are very far from who I am,” she explained. “I’m interested in exploring the unknown and I’m willing to go as deep as I can when I prepare and shoot a movie.

“Before being a mother, I had this period of time which was dedicated to the movie, the role and nothing else, like I was going into another world. Having a child changes things because I have to organise myself differently.

Marion has been with her partner Guillaume Canet since 2007.